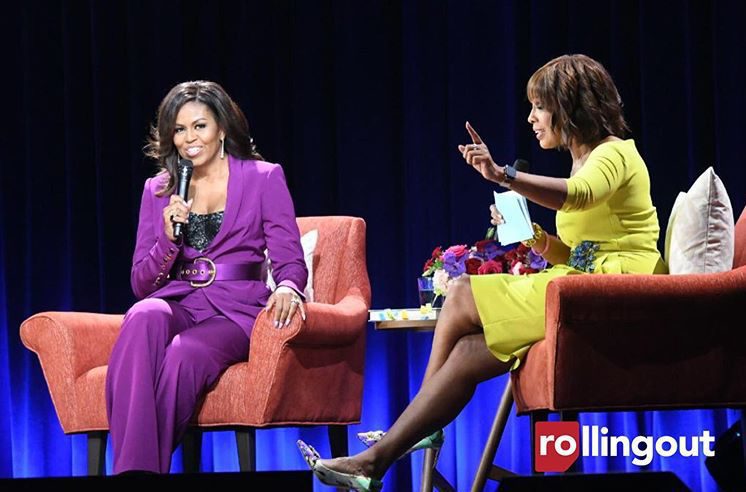 La La Anthony and former FLOTUS Michelle Obama had relationship messages from their time at the 2019 Essence Festival in New Orleans that went viral.

Anthony’s embittered words didn’t surprise fans much given that her tumultuous marriage to estranged husband and professional basketball player Carmelo Anthony has been tabloid gossip for several years. After video footage of her rant went viral, the public response was split. Many independent career women championed Anthony’s sentiment, while men on social media interpreted her message as divisive and condescending.

Obama’s message was the polar opposite. Although she was specifically addressing the same demographic of independent African American women as Anthony, instead of suggesting men were unnecessary, Obama instructed strong women to find a man they could respect and who would make a good teammate.

“My husband is my teammate, and if we are going to win this game together, he has to be strong and he has to be OK with me being strong,” the former first lady said.

“La La’s currently dealing with a marriage crisis, so her speech seems to be a passive-aggressive way of trying to pay Carmello back for the embarrassment she’s suffered,” relationship expert Terry Deron said.  “Michelle’s experiences with her husband and the level of respect his behavior and decision-making [have] on her has allowed her to focus on the positives, which are her reality. She is able to reminisce on the obstacles they’ve had in the past and be the source of wisdom for women that are trying to get what she has. Her comments could very well have been different if Barack had a side baby and got caught with another woman on her birthday.”

Sadly, whether Anthony’s attitude would be different if she was in a healthy relationship is not the most important point of this video going viral. For the many young women, hearing Anthony’s words and approaching relationships from the standpoint of not needing a man could cause them to have negative results when dealing with men.

Obama’s words, on the other hand, allowed strong, independent women to feel empowered when looking for a partner and also reassured them that while there is nothing wrong with being a strong independent woman, the best complement for that is an equally strong partner.