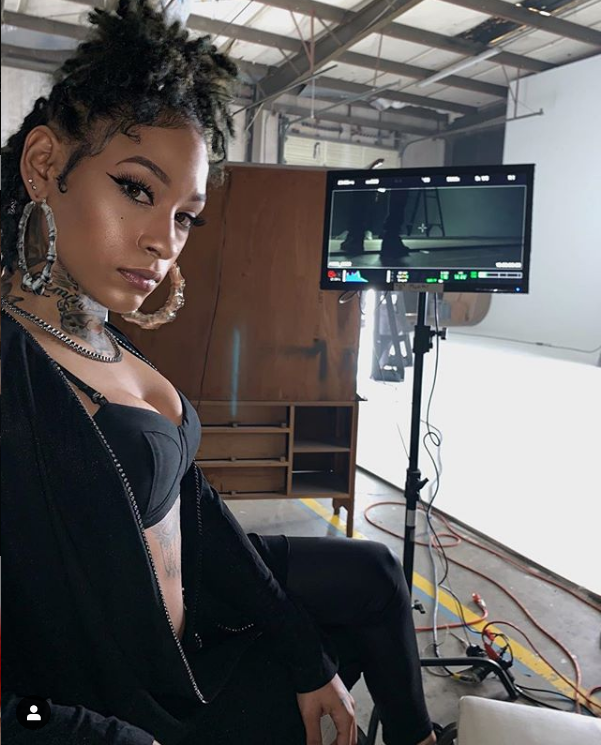 Singer Neisha Neshae has come forward to accuse music producer Detail of sexually abusing her. She is the latest of several women to lob such complaints against the hitmaker within the last year.

Neshae told her 137K Instagram followers that Detail allegedly came into the booth with her and started touching her inappropriately while asking her to continue belting out vocals.

Other women vocalists, including Jesse Reyes and Bebe Rexha, according to Hot97 and Bossip, have publicly launched accusations against Detail, whose real name is Noel Fisher. Detail wrote the smash hit “Drunk in Love” for Beyoncé and cranked out hits for the likes of Nicki Minaj and Drake.

Back in December, Billboard magazine got ahold of a lawsuit filed in Los Angeles Superior Court by aspiring singer Kristna Buch accusing Detail of repeatedly sexually assaulting her. Buch also accused Detail of using his industry connections to control her over their two-year professional relationship.

In this current situation, Neshae said on IG that Detail has never delivered the nine songs that they worked on together after she thwarted his alleged advances:

“I wasn’t going to ever do this … buttt I gotta get it off my chest, y’all remember when I went to work with detail in LA. (Mind you my team of 4 men were there with me).

“I was there for 12 hours, I recorded nine records he wrote. I have not seen or heard not one of those songs. Not only that, he DID come into the booth while I was WORKING, touching on me & trying to convince me to keep working amidst that. Not only had I felt undervalued he would ever try me but there were 4 people with me that would’ve body bagged this dude over this s—. I didn’t know what to do, I didn’t know what to say… having experienced being molested as a child I was frozen & hurt… and I was even more sick I never got my songs.. probably because I didn’t throw my p—-. Which I ain’t never had to do to get where I am… so ✌🏼💯🤷🏽‍♀️
–
“If you’re in the industry you KNOW it’s a game where people will try you ! If that’s something you’re into to get where you’re going WHATEVER , but it’s not my cup of tea… & Keep people around you who protect you and care for your well being because I honestly don’t know what would’ve happened if I would’ve been alone. I love y’all.”

“I’ve seen and been through a lot of s—, & It has broken me down before, BUT ILL NEVER FOLD.