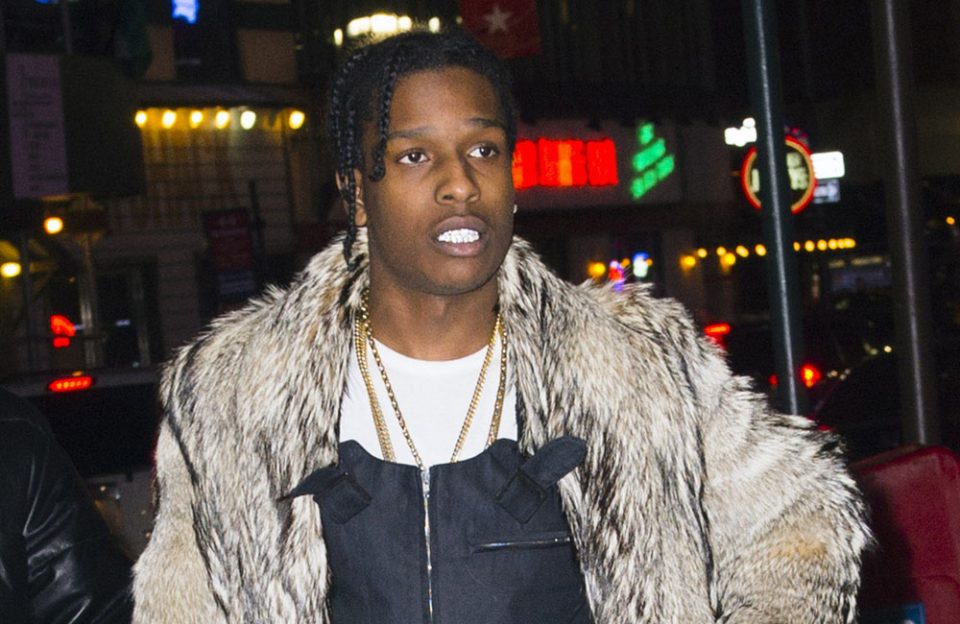 A$AP Rocky’s alleged attackers are under investigation for molestation and assault. The “F—in’ Problems” hitmaker has been locked up in a cell in Stockholm since July 3 when he was arrested on suspicion of assault following a street fight between him, his entourage and two other men, but the Swedish authorities are now looking into the incident and are looking into charging the “aggrieved party” with the offense.

The Swedish Prosecution Authority said in a press release: “The preliminary investigation continues regarding the American artist who is detained by the Stockholm District Court in Sweden on suspicion of assault in Stockholm.

“There is also a preliminary investigation in the case concerning the aggrieved party who is suspected of molestation and assault.”

Although the authorities are refusing to give too many details on the investigation, a spokesperson has told the New York Post newspaper’s Page Six column that the suspicions of molestation is “not sexual” and is not related to “inappropriate touching.”

Just before A$AP’s arrest, the “Praise the Lord” hitmaker shared footage of the brawl on his Instagram account, which showed him attempting to break up the fight.

He accompanied the footage with the caption: “So a few drug addicts are not my fans. We don’t know these guys and [we] didn’t [want] trouble. They followed us for four blocks and they were slapping girls [sic] butt [sic] who passed, give me a break.”

The video showed A$AP stay calm throughout the row as he told one of the men to calm down after he slapped his security guard over the head with headphones.

When the man asked for the headphones back, the 30-year-old rap star said: “I understand but you hit him with it.”

“Just for the cameras, we don’t want no problems with these boys, they keep following us,” A$AP said into the cameras.

A$AP’s manager, John Ehman, has now launched an online petition on Change.org to free the rapper from the “inhumane” prison that restricts him of “basic amenities.”

A source said earlier this week that the facility is so dirty and smelly, that the hip-hop star is sleeping on a yoga mat with no blankets.