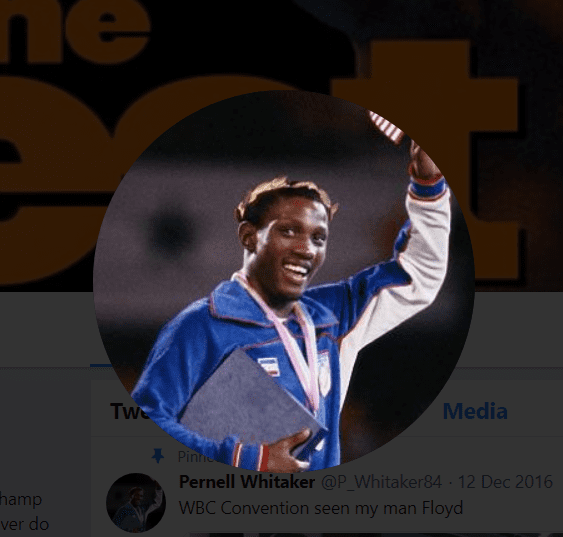 Hall of Fame boxing legend Pernell Whitaker died after he was hit by a car in Virginia Beach, Virginia, on Sunday, July 14, 2019. He was 55.

Whitaker, an Olympic boxing champ who won titles in four different weight classes, was reportedly struck by a vehicle around 10 p.m. Sunday. TMZ Sports reports that by the time first responders raced to the scene of the accident at the intersection of Northampton Boulevard and Baker Road, Whitaker had already died.

There is no word from local police if the driver of the car was arrested. But the driver did stay on the scene and law enforcement officials are still trying to piece together the circumstances that precipitated this tragedy.

Nicknamed “Sweat Pea,” Whitaker was one of this generation’s greatest and most respected fighters. In a career that spanned nearly 20 years from 1984 to 2001, he was considered a defensive magician on the level of Floyd Mayweather.

During his peak, Whitaker fought all of the greatest fighters of his time, including classic pugilist showdowns in the 1990s against Oscar De La Hoya and Felix Trinidad.

Whitaker finished his career with a remarkable 40-4-1 record, including 17 knockouts, and was inducted into the International Boxing Hall of Fame in 2006.

Whitaker is survived by his five children.