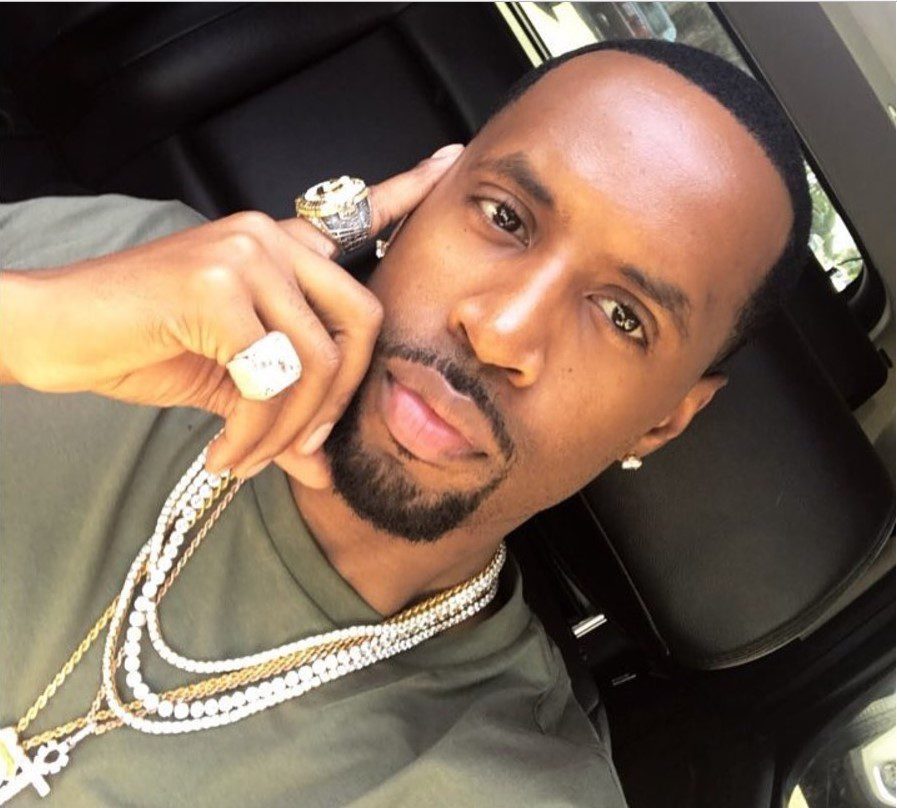 New York-born rapper Safaree is of the new millennial mentality that you parlay an embarrassment or scandal into a money-making opportunity.

After a naked photo of Safaree was leaked on social media without his permission last year, or so the rapper says, female fans nationwide were, to say it politely, very impressed. The response was so intense that it led to a million-dollar opportunity for him with a sex toy company.

The rapper, whose given name is Safaree Lloyd Samuels, 38, jumped at the deal, and now he has announced the arrival of his new “Anaconda” sex toy.

Safaree and fiancée Erica Mena also reposted the image on their social media pages, with Mena actually getting excited for women to try out a product that was made from her boyfriend’s actual genitals.

I’m so excited for you ladies! pic.twitter.com/ncHX7QiFee

The imaging on the box shows Safaree posing in his boxers and holding onto the region that has made him more famous than any of his rap records.

Safaree initially had reservations about following through with the deal, concerned that marketing a sex toy would negatively impact his brand as a rapper.

“I’ve been struggling with the whole back and forth if whether I should go through with this whole sex toy deal or not, but at the end of the day, I don’t feel like it’s me,” Samuels said during an episode of “Love & Hip Hop: Hollywood” that ran last season.

“Thankfully, Doc Johnson was nice enough to let me out of my contract, and I’m 100 percent free,” Samuels said. “It does sting a little bit that I’m going to miss out on $1 million.”

Obviously, Safaree mulled over the money he would be missing out on and went through with the deal. And many of the “Hunnid” rapper’s fans said on Instagram they are very grateful he did, even if they are nervous about purchasing the product.

Another offered: “Not 12 inch 😩😂 my cervix hurts just reading that but Ima support you Safaree bae 💗💗.”

Safaree also has his critics. One said the rapper played himself in the deal with Don Johnson: “He must really need the money n his music ain’t goin nowhere. the level of self disrespect 🤡.”

A number of fans say they believe that Safaree — the former longtime boyfriend of rap superstar Nicki Minaj — got the title of the sex toy “Anaconda” from her hit song of the same name. Of course, Minaj remade the song from one of the biggest mega-hits of the 1990s, “Baby Got Back,” from Sir Mix-A-Lot.