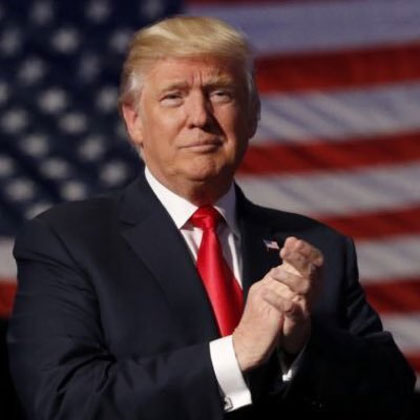 Trump has made many ignorant comments since in office, but his tweet to the Democratic U.S. congresswomen of color “to go back and help fix the totally broken and crime-infested places from which they came” took the cake.

It’s very reminiscent of the “go back to Africa” comments always spewed by racist White people to Black Americans, especially given the fact that three of the four women to whom he directed his comments were born here in America.

But it sounds about right in the context. America is broken and crime-infested, and it’s mainly because of people like Trump, who have created and sustained systems of oppression against minorities and who have murdered, incarcerated and denied minorities their fundamental rights. The United States is broken. It’s divided in half by people who feel Trump when it comes to minorities and immigrants and by those who believe America is a melting pot and the home of the free and the brave.

There are even Blacks who side with Trump on the issues of immigration and the effects it has had on our country, not realizing he is ridding America of as many non-white people as possible in preparation for something else. When the president can comfortably spew hate speech to the masses without repercussion, it can only go downhill from here.

Will there be repercussions? The Constitution makes employment discrimination and harassment based on race and color illegal. Under the equal protection clause, which is enforced in the employment context by the U.S. Equal Employment and Opportunity Commission (EEOC), it is unlawful for an employer to treat someone unfairly based on race or color and to harass them on that same basis. Harassment includes “racial slurs, offensive or derogatory remarks about a person’s race or color, or the display of racially offensive symbols.” It becomes illegal when it is either “so frequent or severe that it creates a hostile or offensive work environment.”

The tweet was undoubtedly a derogatory remark about the congresswomen’s race or color, and given the current state of affairs in this country and the roles of all parties involved, it certainly creates a hostile and offensive work environment. The issue that remains is whether the employment context applies.

Given that the three branches of government arguably work interdependently, is Trump even considered an employer of the congresswomen since he’s in the executive branch while the congresswomen are in the legislative branch? Because if he’s not their employer, the EEOC rules don’t apply.

With this system of checks and balances in place, it’s hard to determine when looking at all three branches who is the boss of whom. On the one hand, Congress needs the president to sign off on a bill, but Congress can also turn around and override his veto. On the other hand, Congress can create laws, but the judiciary can declare them to be unconstitutional and create a precedent that becomes the new law of the land.

To date, no EEOC claims have been filed against Trump.