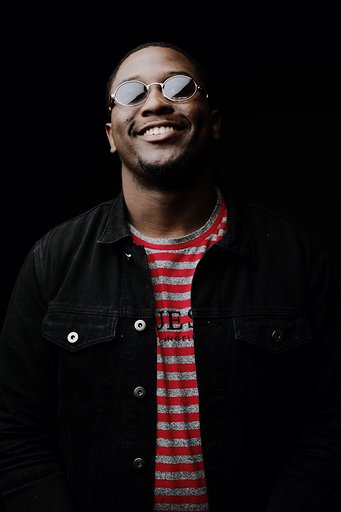 Antonio Morgan, aka DJ Tonee, is an emerging hip-hop DJ from Atlanta. DJ Tonee’s first love was football, but after his career came to a halt, he pursued a career in the music business. His love for music gradually gave him direction in becoming a DJ. Artists he’s worked with include Migos, Waka Flocka, K Camp, YFN Lucci and Rae Sremmurd.

Currently, DJ Tonee is the official tour DJ for multi-platinum recording artist 6lack and he is focused on gaining more exposure while building a burgeoning brand.

Where did DJing begin for you?

I got started DJing at Morehouse College. After football didn’t work out, I decided to pick up DJing as a way to make money. Over time I became a popular DJ on campus. Before I took it seriously, I used to throw the biggest college parties. I was a freshman packing venues out with my two business partners. [Over time] I figured I’d learn to be more useful as a CEO. I figured the only way to get money was to save it, so I took myself out the budget. But, as I continued to DJ, I developed a fan base that wanted me and only me to DJ their events.

I would like to think my style of DJing is different. I think about so many different things when I’m spinning. I pay attention to the little things, honestly, and that’s what makes me stand out more than other DJs. When I first learned to DJ, I used to look up to those who scratched a lot. As I’m getting older, I understand crowd control. Any DJ can learn how to scratch, blend, mix, etcetera, with hours of practice. You can’t practice crowd control; either you have it or you don’t. I’d like to think I do. Plus, I love to party for the woman. So, a lot of the music is geared to getting them to dance.

Who is your favorite artist to play and mix?

My process to select songs is completely different and unorthodox. Most DJs I’ve spun or been around 98 percent of the time have a folder, crate or something where they keep the most played songs on standby. I don’t do that. I DJ off the top of my head. I look at parties like a puzzle. The first song is the first piece. I love to make the whole puzzle and be able to control how I put it together. It’s slick weird, honestly, but it’s certain things I have to do before I choose a song. One song may lead to a set that I am spinning and the next song may take it to another level. I just like to control it and make people move to my DJing.