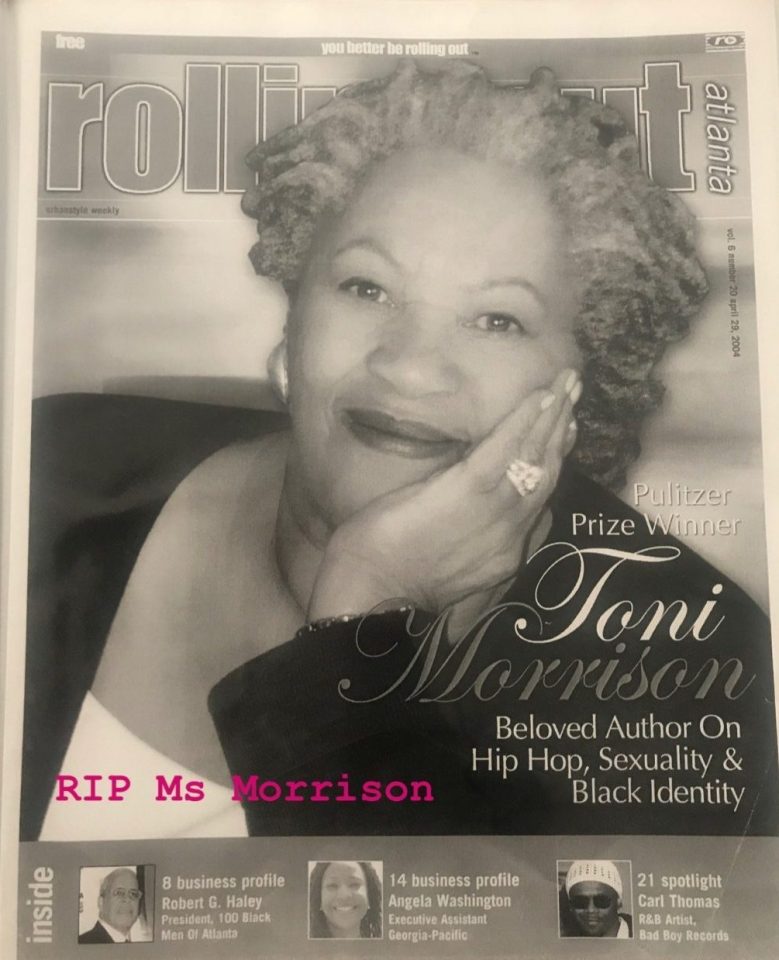 It is an honor to offer words about the impact that Chloe Anthony Wofford, popularly known as Toni Morrison, had on my life. I share as a gift just as she so generously and boldly shared her creative genius with the world.

I was initially introduced to this first Black woman to receive the Nobel Prize for Literature as many of us were — through reading her books.  As a child, I was an avid reader for school and in my free time. So, I cannot recall just how The Bluest Eye landed in my hands. I do remember, however, how it changed my life.

Her first book, originally published in 1970, was mainly about Pecola, a little Black girl who prayed for blue eyes in order to feel beautiful. That text affirmed for me that I was not the only little Black girl made to feel less than beautiful just for being myself. It gave voice, powerful voice, to the sunken feeling inside of me that if something — my eye color, my hair texture, my skin complexion — changed, I would be more acceptable. I devoured that book and many of her other titles over the years, including Sula, Song of Solomon, A Mercy, Love, Paradise and Beloved, to name a few.

In 2004, as a senior scribe for rolling out, I was encouraged to generate a list of 50 people I just had to interview. It was a goal list spanning across industries designed to motivate each writer to land the biggest stories of the day. Toni Morrison was at the top of my list. It took persistent calls, letters and emails to her Princeton office and her New York publicist, but I finally received word she would speak to me. The Pulitzer Prize winner had a bit of time to talk with a younger writer.

Our conversation yielded more material than could have possibly been packed into one cover story. Her insight provided the substance of that article and also seeped into my soul.

During that interview, I asked Morrison at what moment she realized she was famous.  She laughed a deep, rich laughter and said, “I have always been gallant.” Even before the world acknowledged how profoundly magnanimous she was, long before the accolades, the Ohio native told me inside of herself she knew she possessed greatness. Her comment further fueled the fire in me that I could be just as I envisioned myself to be.

Today, as a licensed attorney, I read more complaints than I do creative novels. I negotiate settlements at mediations rather than the right level of access at press junkets. But I am infinitely more confident at whatever I do, in part, because of the generous impartation of time and wisdom Toni Morrison offered to my younger self. When I read the news flash that she had gone the way we all must go, I immediately cried heartfelt tears from my beautiful, brownest eyes because, like many, I love her so.

Renita Ward, a rolling out writer from 2003 to 2005, is based in Chicago and currently handles medical malpractice matters for an insurance carrier. She also provides pro bono services as ministry through the Trinity United Church of Christ Legal Clinic.