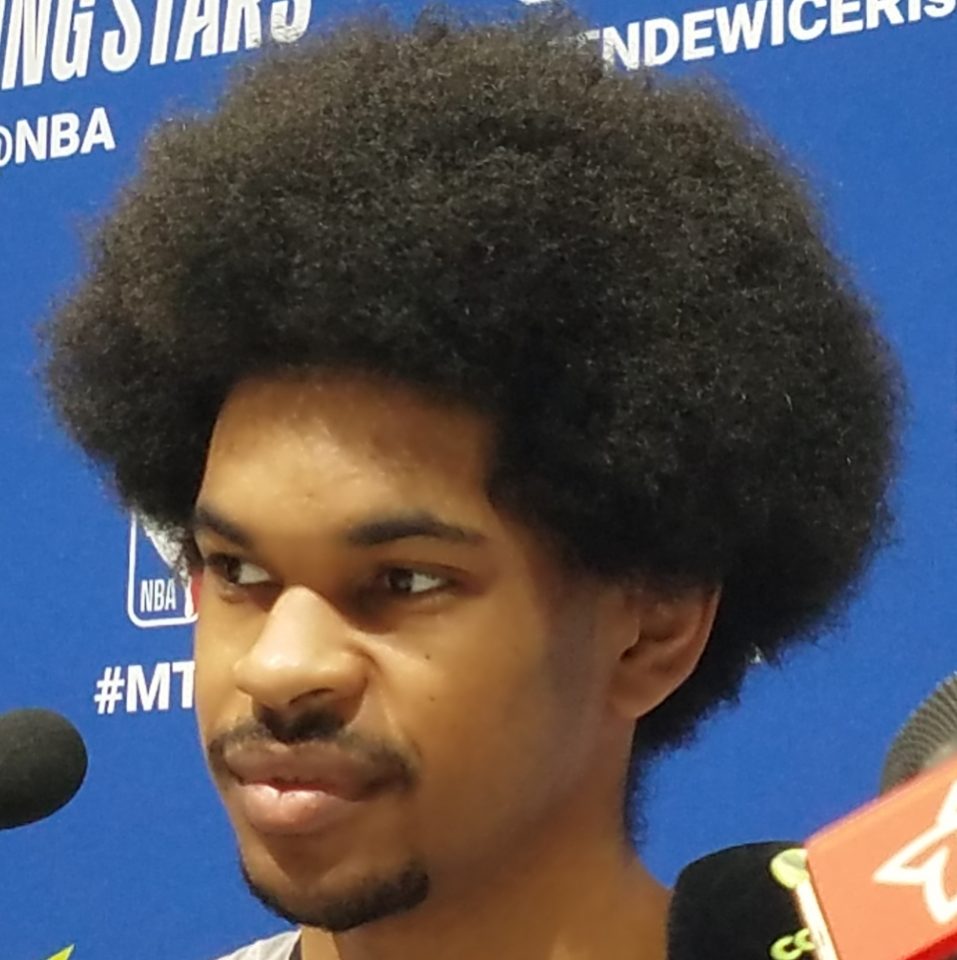 Most 21-year-old black men want to spend their summers on the beach or playing video games. Jarrett Allen of the Brooklyn Nets chose to play on the 2019 NBA Summer League team, and it paid off. Allen was named to the 2019 NBA Summer League first team, averaging 16.4 points, 2.2 blocks and finishing fourth in rebounding with 10.6 points per game while shooting a sizzling 61 percent in five games, leading the Nets to a 4-2 record.

“There were many reasons we wanted him to play, wanted him to develop, put the ball in his hands more, make more decisions [and] play make out there,” Brooklyn Nets NBA Summer League assistant coach Adam Harrington said. “One, was to lead off the court, be more vocal, and we saw all of it encompassed in two weeks. I just hugged him and told him how proud we are.”

But Allen wasn’t finished honing his craft. He decided to play on the USA Basketball Select team, which affords him the opportunity to scrimmage against the league’s elite.

With the free agency signing of DeAndre Jordan (along with Kevin Durant and Kyrie Irving), Jarrett Allen will have healthy competition at the center position, something that he welcomes.

Rolling out asked the Brooklyn Nets center who his favorite players were growing up. “I was a fan of Dwight Howard when he was with Orlando, Celtics Kevin Garnett and Tim Duncan,” Allen replied.

Rolling out spoke to Coach Smart last season about his former player.

“Jarrett, he’s one of a kind, never coached anyone like him,” Coach Smart exclaimed. “He’s extremely smart. I think the thing that’s really impressive about him is [that] his work ethic has just grown exponentially … He’s obviously assembling a heck of a highlight reel of blocks and he’s a guy that’s only going to get better and better,” said Smart.  “The unique thing about Jarrett is that he enjoys learning more than any player I’ve ever been around. … that is an awesome trait because it’s easy, I would imagine, for guys when they get to this level, to feel like you kind of have it figured out, but he just wants to keep learning and keep getting better.”

Allen has a ton of untapped potential and if he puts in the effort, he should continue to improve. Playing in the 2019 NBA Summer League and on the USA Basketball Select team proves that Allen has the desire to get better and should continue to do so entering his third NBA season.

Click the jump to hear Allen talk about the Nets acquiring Durant and Irving and competing against Jordan.