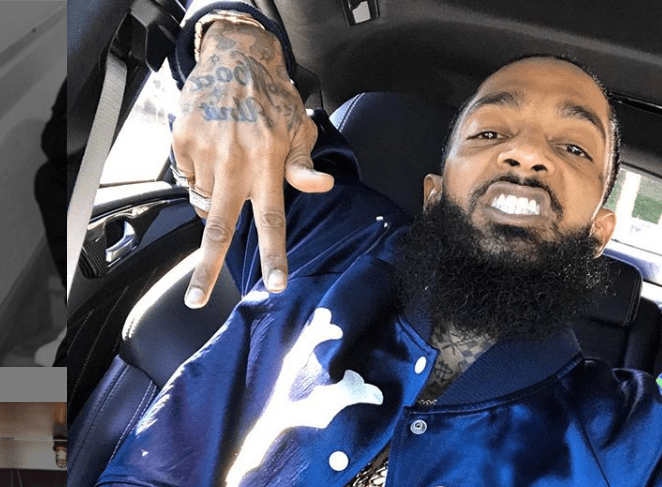 Nipsey Hussle makes an appearance on the latest project by Rick Ross. On Ross’ Port Of Miami 2, which was released on Aug. 9, Hussle gives fans a dose of his business acumen while also taking aim at one of the most polarizing figures in rap.

On the song “Rich N—- Lifestyle,” Hussle disses Tekashi 6ix9ine for allegedly snitching. Hussle revealed that he was not surprised by Tekashi’s actions.

During his rise in hip-hop over the past year, Tekashi was known for starting conflicts with multiple artists. He used his social media platforms to threaten and troll individuals in the music industry, such as rapper YG and music executive Jas Prince. He often posted photos of himself holding guns and reportedly also had enemies who were not in the music industry.

In turn, Tekashi would have to travel with up to 10 bodyguards at a time. His latest video shoot was canceled in early November after gunshots were fired at a mansion in Beverly Hills where the taping was to take place. The gunshots occurred before a scheduled appearance by Nicki Minaj. Kanye West and Tekashi were reportedly inside the mansion at the time of the shooting.

He became a target by his former gang members who believed that he was working with the FBI. According to a court transcript, federal prosecutors could ask for the rapper’s sentence to be suspended in exchange for his testimony.

Tekashi 6ix9ine was initially facing 47 years in prison after being indicted in November 2018. The rapper was connected to the Nine Trey gang, which is a “violent” sect of the Bloods.