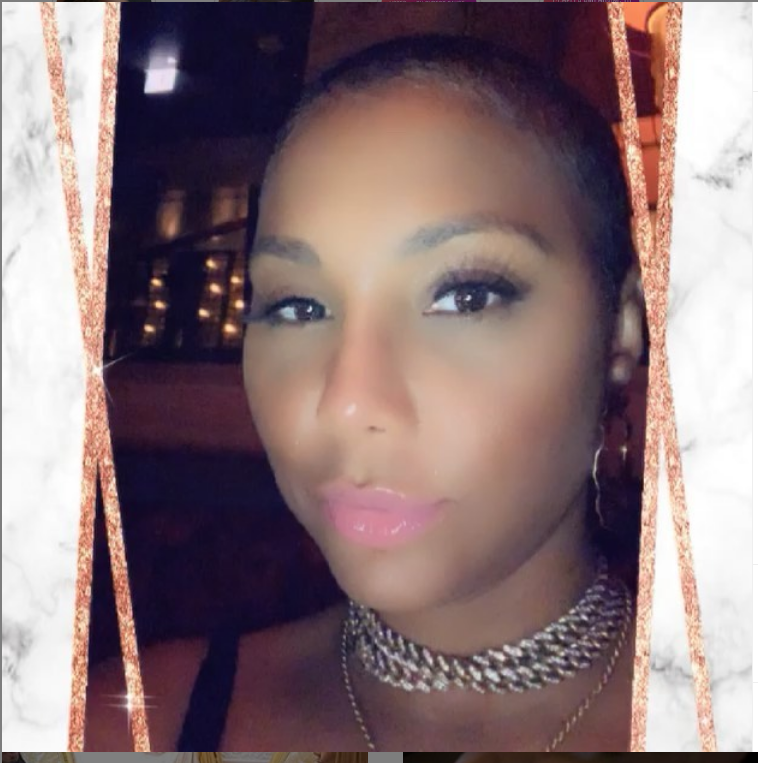 Days after posting photos of herself and boyfriend David Adefeso in his native African homeland, Tamar Braxton shared a provocative photo that had some fans feeling some kind of way.

The “Prettiest Girl” chanteuse posed in a bandana and a gray T-shirt with polka dot printed short shorts as she took a selfie. But the fact that Braxton chose to pose with her legs apart did not endear her to some of her fans.

Fans flogged the youngest Braxton, 42, for her decision to post such a provocative pose:

“@dominican_native i love tar, but you right, this is not a good picture,” a commenter wrote.

A third person was mystified by Braxton’s brazen photo: “But why? Why are you taking yourself on such distasteful levels Tamar? You have more class than this picture represents.”

The blizzard of negative reactions also incited some fans to come to Braxton’s defense.

“Why is people reading so much into her photo? It’s really not that serious. Live, love, and be Happy.”

“I don’t see what ya’ll crying about. The pic is dark enough not to see anything. Unless ya’ll zooming and turning the phone. Ya’ll see naked a–es on here daily. Chill TF out.”

“❤️❤️❤️❤️❤️ YOU STILL LOOK STUNNING GIRL U DO U xxxxx”

“@carhan313 she is in the comfort of HER own home in pajamas posting on HER page . 🙄,” another Braxton defender wrote.

What do you make of Braxton’s pose?