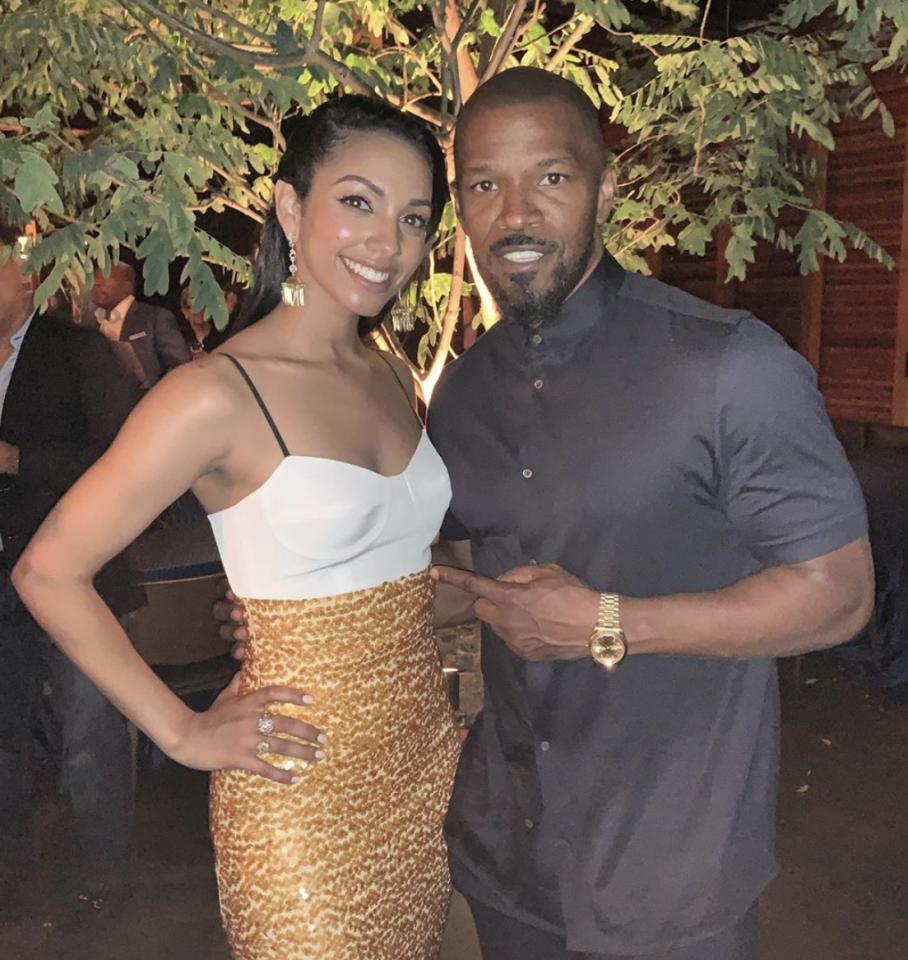 Corinne Foxx, 25, makes her feature film debut in Johannes Roberts’ 47 Meters Down Uncaged and although her father is an Academy Award winner, Corinne says his advice was not helpful.

However, Corinne — who attended the premiere of the movie earlier this week with her father — admitted she is very proud of Jamie and thrilled that he supports her as she follows in his footsteps.

She explained: “My dad’s such a talented actor, and I’m so thrilled red to walk in his footsteps. It’s a big deal, I want to do him well.

“I grew up going to set with my dad and going to his premieres, and to finally have my own and him coming to mine, it’s so full circle for me.”

Corinne also admitted that she was reluctant to follow her father into acting at first but she eventually made the decision to embrace her legacy.

She told Variety: “He’s so proud of me, he can’t even look at me without tearing up. I used to shy away from my last name. I really wanted to create a career for myself. [But] I’ve learned to embrace it in the last few years.”