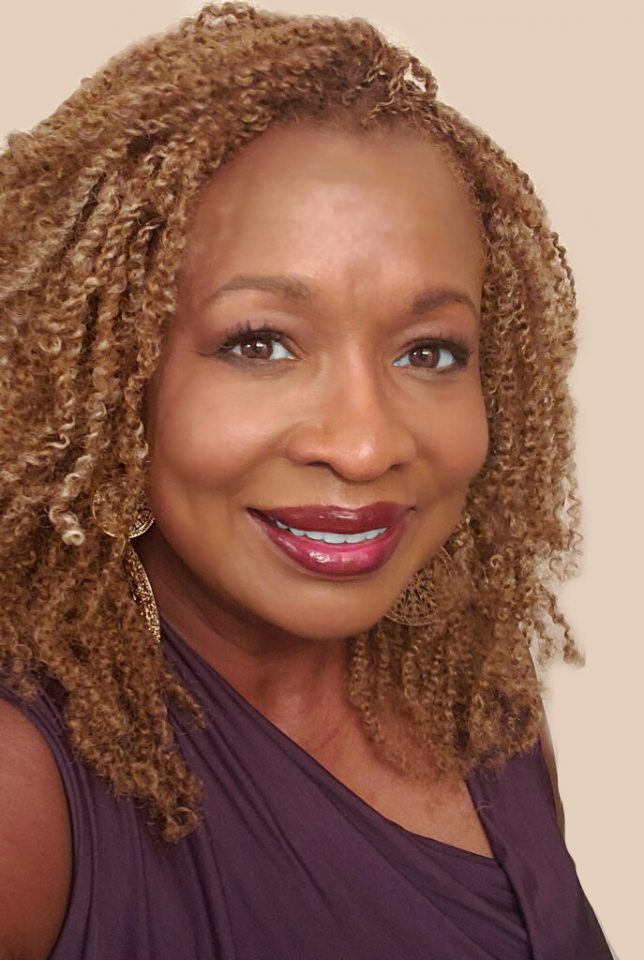 Kathleen Bertrand is a multifaceted writer and recording artist with a stunning three-octave vocal range. The Atlanta native and Spelman College graduate has performed at two Olympic Games and jazz festivals around the globe, toured and recorded with jazz vibraphonist Roy Ayers, and recorded six CDs.

Bertrand currently serves as founder and executive producer of BronzeLens Film Festival, a nonprofit organization established in 2009 to bring national and worldwide attention to Atlanta as a center for film and film production for people of color.

Rolling out spoke with Bertrand about the 10th anniversary of BronzeLens Film Festival, how it has evolved over the past decade and what people can expect at this year’s event.

What is the mission of the BronzeLens Film Festival?

Our mission is twofold: to promote Atlanta as the new film mecca for people of color and to showcase films and provide networking opportunities that will develop the next generation of filmmakers. Since its inception in 2010, BronzeLens has played a vital role as a catalyst for interest in the increased film and television production in Atlanta and the state of Georgia.

How has the festival evolved over the years?

Today, BronzeLens continues to be a global leader in showcasing the work of some of the most brilliant filmmakers of color; exposing people of color to the vast careers in film; providing a means for networking for those aspiring to be in the industry; and serving as a conduit for filmmakers [to] connect with production companies, television networks and distributors.

What can people expect from this year’s festival?

The 2019 BronzeLens Film Festival will span from Wednesday, Aug. 21, to Sunday, Aug. 25. The opening night will feature the highly anticipated supernatural thriller Don’t Let Go, starring David Oyelowo, Storm Reid, Mykelti Williamson and Brian Tyree Henry. Oyelowo will be present for the screening, which will be followed by a Q&A with the actor moderated by AAFCA’s [African-American Film Critics Association] Gil Robertson.

On Friday, we will host the BronzeLens Women SuperStars Luncheon (WSSL), presented by BETHer. Since its inception, 48 of the brightest women of color in the film and television industry have been honored. Some of the past honorees include Issa Rae, Ava DuVernay, Queen Latifah [and] LaTanya Richardson Jackson. The 2019 honorees will be actress Regina Hall (Legendary SuperStar), actress Angela Robinson  (Visionary SuperStar), and producer Lisa Cortes (Behind the Lens SuperStar). The luncheon will also feature a one-on-one conversation with Regina Hall, moderated by writer and comedienne Myra J. and sponsored by AARP.

On Saturday night, comedian and entertainer Rodney Perry will host the BronzeLens Awards Show at the prestigious Day Chapel at The Carter Center, where filmmakers will be honored in their respective categories — features, international features, shorts, music videos, documentaries, short documentaries and webisodes — along with other noteworthy industry leaders. Funnyman Jonathan Slocum will greet award show guests as host of the Bronze Carpet.

On our last day, Aug. 25, we will host our “Sunday Brunch with the Brothers,” which has become a festival favorite, as we salute men of color in film and television who are making waves. We will vary the program this year, in that the guests are not TV or movie stars, but were portrayed by actors in the powerful Ava DuVernay-directed Netflix series “When They See Us.” Two of the Exonerated Five — Raymond Santana and Yusef Salaam — with be our guests as civil rights attorney Mawuli Davis moderates.

We will also host “Cinema and Social Justice Sunday” to pay homage to Atlanta, which is considered [the] home of the Civil Rights Movement. This will feature two socially relevant films and discussions at the Southwest Arts Center beginning at 1 p.m. with Deborah Riley Draper’s Illegal Rose, and followed at 3:30 p.m. with Jodi Gomes’ One Child Left Behind: The Untold Atlanta Cheating Scandal.

Sunday night, the festival will end with closing night film Always a Bridesmaid, produced by actress Yvette Bowman, who will be in attendance, and directed by Trey Haley.