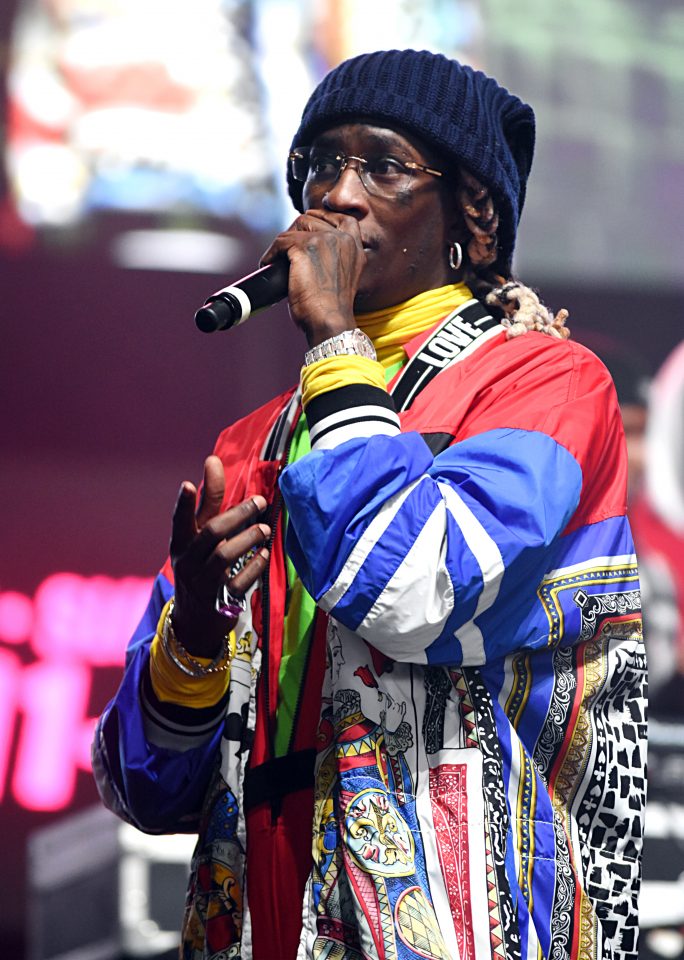 YFN Lucci and Young Thug’s yearslong beef got ratcheted up another notch when Lucci went on Atlanta’s V-103 FM on Monday, Aug. 20 and said he slept with Thugger’s girlfriend on a couple of occasions.

Thugger’s longtime girl, Jerrika Karlae, vehemently denied that and went off on a profanity-laced tirade against Lucci, dismissing him as a “clout chaser.”

The newest round of insults began when Lucci mentioned the alleged sexual tryst.

“I was in the bed with her a couple times,” he smiled after DJ Frank Ski broached the topic. “We ain’t gonna talk on that though.”

Karlae fired back on Twitter, saying: “Imagine someone speaking on your name that you never f—–, imagine being harassed year by year by a n—- that has no comeback so he taunts a female!”

The beef between the two 28-year-old Atlanta rappers is a couple of years in the making:

Back in 2017, according to Heavy.com, Young Thug claimed he was this era’s Tupac Shakur, which is high praise to heap on yourself. Thugger tweeted: “I dropped E.B.B.T.G. on 2PAC’S bday because I’m the #NewPac. I feel like I’m the thug he didn’t get to become,” adding hashtag “#SoImGoinFinishWhatHeStarted.”

Lucci took umbrage that Thugger thought he was this generation’s 2Pac and blasted Thugger with this short, but inflammatory tweet:

It didn’t take long before Thugger came back at him hard with these short bursts of anger:

Thank god u able to take care ya mama, and be humble
Doin to much could become a deep sleep

But the cold war escalated again in 2019 when someone asked on Young Thug’s Instagram Live post what he would do to Lucci if ever caught him in the streets. And the two rappers have been volleying insults and threats of violence at each other ever since.

Lucci’s public pronouncement that he slep with Thugger’s girlfriend Jerrika Karlae triggered yet another round of insults. But this time Karlae blasted Lucci into oblivion on Instagram Live, which was captured by The Shade Room:

While the two rappers hopefully work things out, check out the video to Lucci’s “All Night Long” featuring Trey Songz, which was why Lucci was on V-103 in the first place: