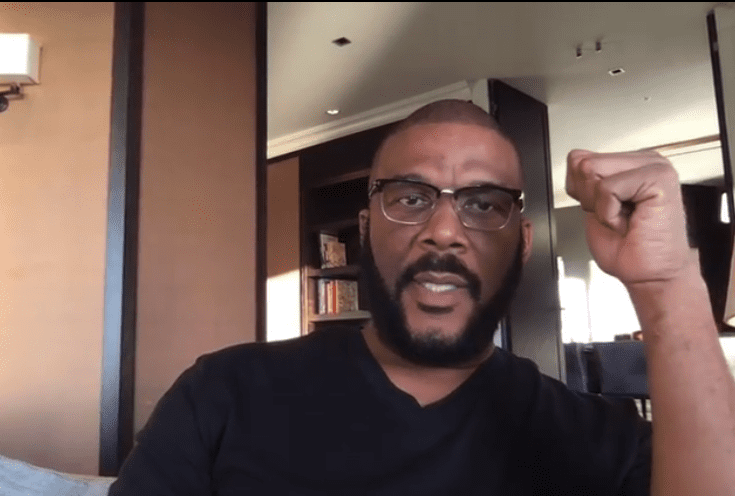 Most urban fans remember movie mogul Tyler Perry lambasting a rising actress Raquel Bailey for a billboard to get his attention. Yet he still hired the woman for an upcoming show on BET.

Her gamble paid off. After Perry criticized her for hoisting the expensive billboard near Tyler Perry Studios in Atlanta, he still invited Racquel Bailey to  Atlanta to audition for his upcoming film and TV projects. Bailey now has a recurring role in Perry’s upcoming BET series “Sistas.”

At first, Perry said it did not look good for Bailey. Perry posted a photo of the Billboard on his Instagram page and chastised Bailey for spending $2000 on advertising to get his attention back in May.

“Auhhh…. soooooo…… here’s the deal,” Perry began in that May 2019 Instagram post. “This is not the way to get my attention if you’re looking for a role in one of my shows. Please DON’T DO THIS, SAVE YOUR MONEY!! This is the third time that someone has done this. PLEASE STOP! To audition is FREE!!”

Auhhh…. soooooo…… here’s the deal. This is not the way to get my attention if you’re looking for a role in one of my shows. Please DON’T DO THIS, SAVE YOUR MONEY!! This is the third time that someone has done this. PLEASE STOP! To audition is FREE!! I’m sure you can use that money for a better purpose. I love that you want to work with me, and I love that you invest in yourself. But when you do things like this it puts my team on high alert and makes me look at you sideways. I know the message that you want to send is a positive one, but this comes across as the opposite. Again, the best way to work for me is to AUDITION and it’s FREE! We post breakdowns all the time for actors. JUST COME AND AUDITION. And by the way, you were great in THE NIGHT OF! It was my favorite show a couple years ago. I ALREADY SAW YOU!! So just audition and keep your money!! Again, I appreciate your effort, but that’s not the way to work for me. God bless you dreamer. I have no doubt you will make it one day!!

But further down in in the IG page where Perry rebuked Bailey’s actions, he also made it known that he had seen Bailey in a previous TV series, “The Night Of,” and that he thought Bailey had skills.

After criticizing Bailey’s billboard, Perry then praised Bailey’s skillset. Bailey later went to Atlanta to attend an audition at Tyler Perry Studios and has landed a recurring role as a police officer on “Sistas.” Furthermore, TMZ reported that Bailey secured about 20 other auditions and has landed two other roles since erecting the billboard.

BET’s “Sistas” is set to premiere this fall, according to Deadline. It will be a story of a group of Black women from various walks of life who bond over being single