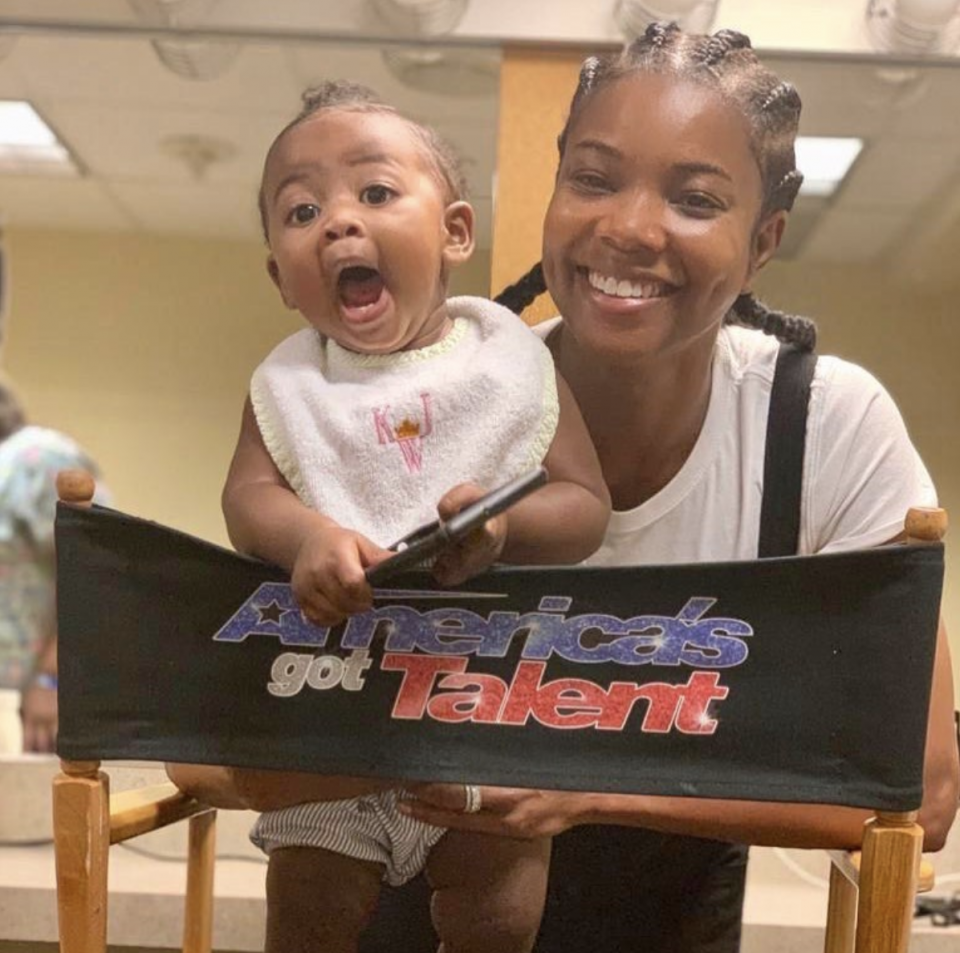 The “America’s Got Talent” judge welcomed her first child Kaavia – whom she has with husband Dwayne Wade – into the world via a surrogate mother nine months ago. The beaming mom recently revealed that the tot can now let people know when it’s time to go, as she’s learned to say goodbye.

Gabrielle uploaded a video of Kaavia saying “bye-bye” on social media on Tuesday, Aug. 20, and later admitted that shunning the traditional first words of “mama” or “dada” just “says it all” about her tot’s unique personality.

“I thought saying ‘mom’ or ‘dad’ first was sort of natural, but then she started saying ‘Bye,’ which says it all. She’s very much her own person,” the actress told People magazine.

“We say ‘hi’ and ‘hey’ so she kinda gets that, she says that pretty okay. But when we leave her, we say ‘bye-bye,’ and that’s what stuck. And that’s what is super clear. She’s very articulate with the ‘bye-bye.’ ”

Meanwhile, the “Being Mary Jane” star, 46, recently called out those who try to make working moms feel “guilty” for keeping their jobs, because she believes having the time to go away and do what she loves actually makes her a better mum to her tot.

“I don’t have mom guilt, and I’ll tell you why. Being able to have the job that I love and the baby that I dreamed of [is great]. I’m a better mom because I’m able to go away and do what I love. Even if I failed miserably, I’m following my dreams. … I would be less of a mother if I didn’t set out every day to try to make my dreams come true and other people’s dreams come true. So I don’t have guilt.”

The Wades welcomed Kaavia via surrogate mother after the “LA’s Finest” star tragically suffered eight miscarriages, and Union shared the couple never gave up hope when it came to their family dream.

“[Kaavia’s] just amazing. I’m so glad that me and my husband and our family just kept trying and plugging away and hoping and praying. She’s all of our dreams come true,” she concluded.