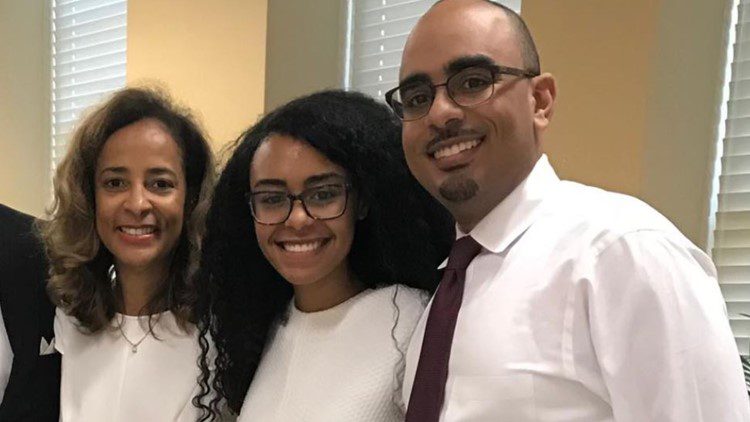 Three members of a prominent Atlanta-area family are dead after an apparent murder-suicide, investigators say.

According to WXIA, the bodies of Marsha Edwards, 58, her 20-year-old daughter Erin Edwards and 24-year-old son Chris Edwards were found Wednesday, Aug. 14, 2019. Cobb County police were conducting a wellness check when they discovered the three bodies inside the mother’s upscale townhouse in Vinings, Georgia, about 12 miles northwest of downtown Atlanta, according to Atlanta Journal-Constitution.

Police believe the mother shot and killed her two adult children before turning the gun on herself.

“What makes this uncommon is that it was a murder-suicide with adult children,” said Malika Flowers, a master social worker based in Atlanta. “You often hear of custody battles where young kids are involved. But this particular case is an outlier because the kids were older.”

The Edwards were known as a prominent family in the Atlanta area. Marsha Edwards founded a medical equipment supply company called MME Enterprises. Her ex-husband and the father of her children, Dr. Chris Edwards, is a surgeon who also sits on the board of trustees for the Morehouse School of Medicine and chairs the Atlanta Housing Authority’s board of commissioners.

Chris Edwards worked in the office of Mayor Keisha Lance Bottoms as a digital content manager for the City of Atlanta.

Erin Edwards was a rising student at Boston University and a former intern for NBC New York.

“Chris and Erin were beautiful, vibrant and brilliant young adults whom we had the pleasure of knowing their entire lives,” the Bottoms posted in a statement on Twitter. “They filled the lives of all who met them with joy, compassion and kindness. May the peace of God, that surpasses all understanding, be with the Edwards family and all who had the honor to have known them.”

In a statement released to WXIA, a spokesperson for Dr. Edwards wrote, “Dr. Edwards, his extended family and friends are in a state of grief and shock, and privacy of the family is paramount as arrangements are being made.”