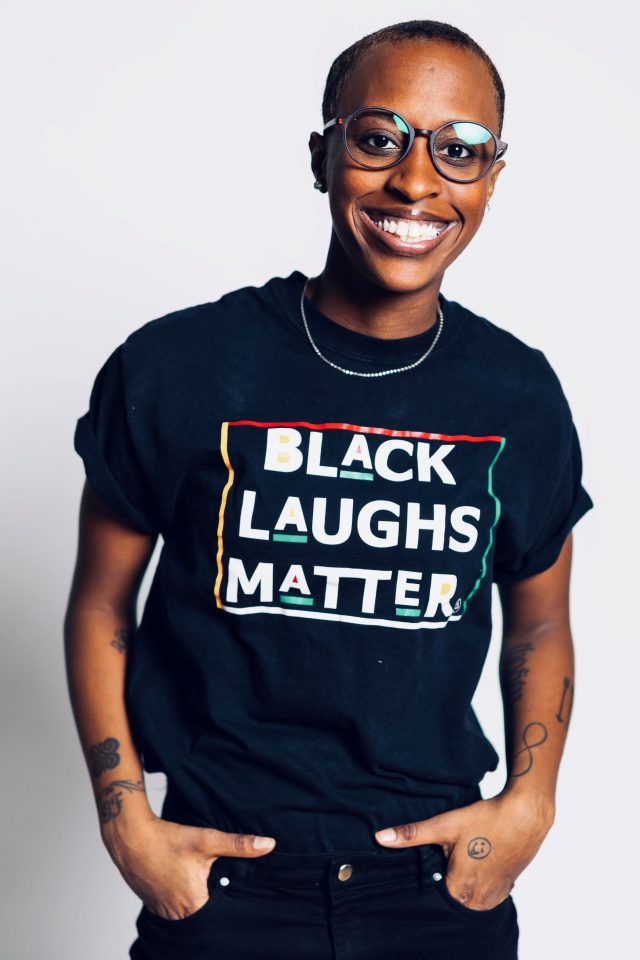 Comedienne Ashli Henderson was born and raised in Minneapolis, Minnesota, where she is best known for her ability to roast a crowd and for her brand of raw, authentic comedy. She first tried her hand at stand-up comedy during an open mic night at a local club in 2016. Since then, Henderson has opened for comedian Bill Bellamy at the Laugh Lounge in St. Paul and for B. Simone and Jasmin Brown during their national “You’re My Boooyfriend” comedy tour.  She also has performed several times at The Cricket Comedy Club in Ontario, Canada.

Lately, she has begun setting her sights on bigger stages with brighter lights and this August made the move to Atlanta with her daughter in hopes of sharpening her comedy chops in clubs and venues there. She currently continues to tour and hit up open mics and comedy clubs in Atlanta.

Rolling out recently sat down with Henderson to talk about her comedic journey.

What led you to comedy?

Family and friends would always tell me to do comedy. Therefore, I decided to try it. I got to the venue [for open mic night], and I told myself if no one showed up I was not going to perform, but one of my cousins walked in, and it’s history after that.

How do you find material for your comedy routines, or does it find you?

Everything gives me inspiration. Sometimes I pray for new ideas. It depends on where I pull from. To be honest, sometimes I will be on stage, an idea pops in my head, and I will just say it. I really allow everything around me to be inspiration for my comedy.

What would you say is the hardest part about being a comedienne?

Remembering to find humor when I am hurting.

In what do you find humor?

I find humor in everything funny, especially my life experiences.

What are the top five songs on your playlist that get you pumped up?

You’re wearing a shirt that reads, “Black Laughs Matter.” What does that mean to you?

When I came up with the phrase it was my way of reminding myself to laugh. No situation is too hard to laugh off. With all the social injustice, violence and our own personal day-to-day struggles, Black laughs really do matter.

Where are you performing next, and what can fans expect?

Sept. 14 at the Tripoli Shrine Center in Milwaukee, Wisconsin.  They can expect energy, laughter and love … with a little ass shaking.