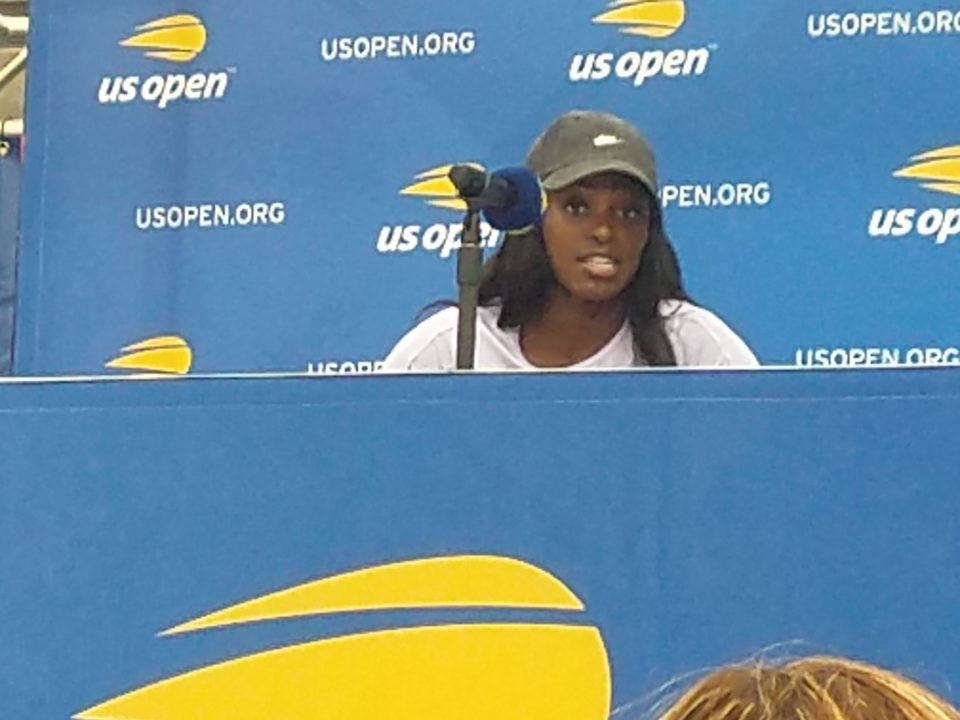 Serena Williams is looking capture her 24th career singles title and her seventh US Open title after facing Maria Sharapova last night in the opening round of the 2019 US Open. Williams, who turns 38 next month, dismantled Sharapova 6-1, 6-1, in opening round action last night and is favored to win the 2019 US Open Women’s title. However, we’ve compiled a list of five Black women who stand a reasonable chance to pull off an upset of the GOAT.

The 21-year old tennis star of Haitian and Japanese heritage, shocked the tennis world a year ago when she defeated Serena Williams in the 2018 US Open Final for the first grand slam title of her career. Osaka followed that success by capturing the 2019 Australian Open title earlier this year. Osaka opens her 2019 US Open quest to repeat against Russian player Anna Blinkova at noon today.

Stephens won her one and only grand slam title in New York City two years ago and looks to recapture the magic that made her the 2017 US Open Champion. Stephens has reunited with tennis coach Kamau Murray, the HBCU graduate who helped her win that grand slam title with two years ago. Stephens, who battles Russian Anna Kalinskaya tonight, was the only player to attend the ceremony honoring the trailblazing pioneer Althea Gibson yesterday morning outside of Arthur Ashe Stadium on the grounds of the USTA Billie Jean King National Tennis Center.

The older Williams tennis star last won the US Open in 2001, and though the 39-year old is past her prime, she has the physical ability to beat anyone in the sport. Among her astounding accomplishments in the sport, she has won seven singles titles in her career and is second among active women only to her younger sister Serena. Williams defeated Chinese player Zheng Saisai 6-1, 6-0 in opening round action.

The 24-year old Keys has shown tremendous potential for what seems like a decade, but has yet to claim her first grand slam championship. Keys defeated Japanese tennis player Misaki Doi in opening round action last night., 7-5, 6-0.

The 15-year old tennis star captivated the tennis world when she upset Venus Williams in the 2019 Wimbledon, then won two more matches before losing to eventual 2019 champion Simona Halep. Gauff battles another teen, Russian Anatasia Potapova, in opening round action this afternoon.