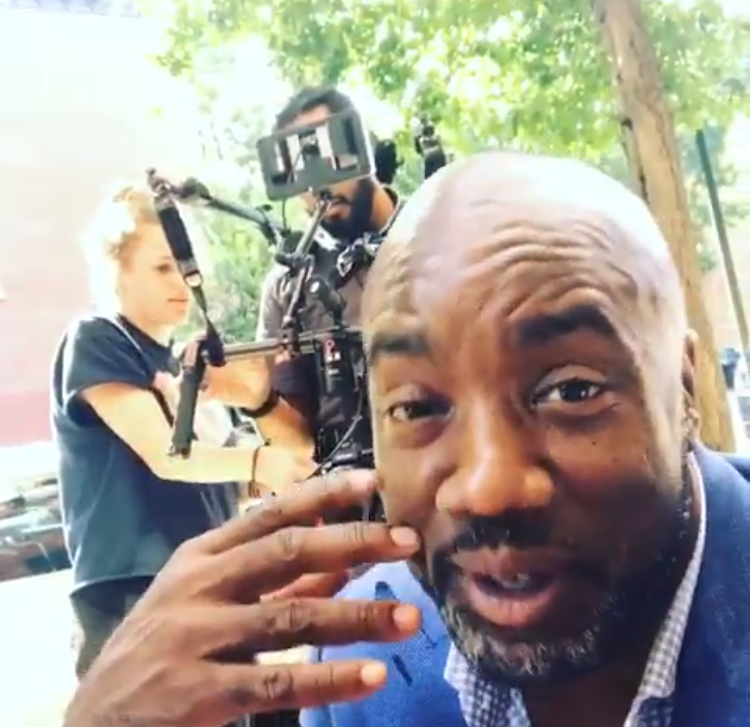 In an Instagram post rebuking bullies, Yoba, who’s also known for starring in “New York Undercover” and the Why Did I Get Married? movie franchise, spoke to the public about how wrong it was for the Black men who shamed 20-year-old Maurice “Reese” Willoughby in a video that went viral nationwide.

Willoughby later threatened to kill himself and his transgender girlfriend, Faith Palmer. However, Palmer broke up with Willoughby before he took his own life in a deliberate drug overdose.

Yoba, 51, also admitted that he has an attraction to trans women in the following post while claiming that he loves all women.

Yoba also announced that he will be participating in the National Trans March in Washington and will be hosting a workshop, “Love + Trauma: The Trans Experience on Sept. 27.

ATTENTION BLACK AND ALL MEN!!! THIS IS NOT OK!!!!! This video is another heartbreaking example of the homophobia, transphobia hatred and hypocrisy WE as black folks, BLACK MEN in particular have to NAME , FACE and CALL OUT and do the work to heal!!! THIS IS EXACTLY WHY I WILL BE AT @transmarchondc 🏳️‍🌈hosting a workshop called LOVE + TRAUMA: The Trans Experience on Sept 27 2019 ( details TBD ) His name was Maurice “Reese” Willoughby, a 20 yr old baby who killed himself from an apparent drug overdose after his girlfriend left him due to abuse. Clearly as evidenced in this video this young man was confident in his choice to love who he loved but the uninformed young men around him haven’t been taught BY US that love is love and acceptance of Trans love is ok and bullying has nothing to do with masculinity or HETEROSEXUAL behavior. Ultimately his mental and emotional health was not intact enough and the fragility of his life as he saw it was too much to bear. Often times this type of shame and ridicule can lead to the murders of women of the trans experience . NOT OK!! Clearly he didn’t get the support of his peers who think that toxicity = masculinity and humanity. That being a “real man” means we must disrespect and demean those that FIND themselves attracted to women of the trans experience. The fact that he was trans attracted presumably meant that he had no safe space to go to find the support he needed to learn to navigate love of a woman of the trans experience in a world that constantly tells you you’re wrong. TRANS PEOPLE DESERVE LOVE AND RESPECT AS DO THOSE OF US THAT LOVE THEM!! I love ALL women AND count MYSELF among those that find themselves trans attracted and I too have felt the self imposed shame that comes with that truth but it’s time to speak up. It is NOT about GENITALIA OR SEX but about attraction to the soul and humanity of an individual and often the beauty that is in the courage and conviction to live ones truth! As a self identified cis heterosexual man I too am learning what it means to be trans attracted. Many of us famous and otherwise that have struggled with accepting our attraction so we do NOTHING. This MUST change 🙏🏾