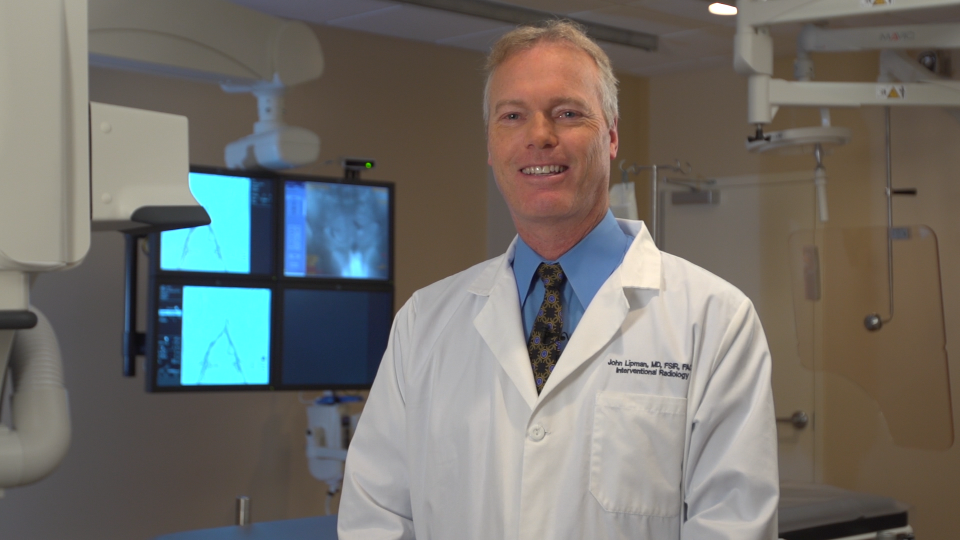 John Lipman is the founder and medical director of the Atlanta Fibroid Center in Smyrna, Georgia, and an adjunct clinical assistant professor in the Department of Obstetrics & Gynecology at Morehouse School of Medicine. (Photo provided)

Imagine a nonsurgical solution for uterine fibroids that’s much safer and far less intrusive than surgery. The procedure can be performed in about 30 to 45 minutes and only requires a week for recovery. Patients go home on the day of the procedure with just a bandaid (and their uterus).

Unfortunately, many women who suffer from uterine fibroids are not aware of this noninvasive procedure.

Forty percent of women of childbearing age and 80 percent of African American women suffer from these benign tumors.

“Genetically, [the likelihood of having uterine fibroids] runs stronger in Black families. Nobody knows where fibroids originate. But once they arrive on the scene, they grow with estrogen,” stated Dr. John Lipman, a board-certified interventional radiologist and founder of the Atlanta Fibroid Center.

The growth of these hard and firm tumors often cause many of the following symptoms: heavy menstrual periods, pelvic pain and pressure, and increased urinary frequency. For Tiffany Jackson, a nurse in metro Atlanta, these common signs were indicators she could be among the millions of Black women affected by fibroids.

“My ultrasound revealed at least 10 of these tumors with the largest being the size of a 3-month-old [fetus]. That big one was sitting right on my bladder,“ Jackson stated.

She was told a hysterectomy was her best choice because her tumors were extremely large and her uterus had been compromised because of them. Jackson was 42 at the time and not interested in the surgical procedure. After seeking a third opinion and pushing for alternatives, she learned about UFE and later connected with Lipman, who runs one of the nation’s largest and most successful UFE clinics.

“We steer a little tiny catheter, like a piece of spaghetti, into each uterine artery separately. The uterine artery is like a tree. It has a big trunk. Then it branches, getting smaller and smaller branches as you get out to the leaves of the tree,” Lipman said, detailing how the UFE procedure is performed.

“Those tiny peripheral branches are where the fibroids are located. … I use very small particles to plug up the blood vessels supplying each and every fibroid. … Without a blood supply, those fibroids will start to die. When they die, they begin to soften and shrink.”

Jackson underwent this outpatient, nonsurgical solution in May. Three months later, her symptoms are no more, and her largest fibroid has shriveled.

“I feel awesome. I didn’t even know my menstrual [cycle] was coming last month because I didn’t get the symptoms I had once before.,” Jackson said. “I feel like a teenager again.”

For more information on fibroids and the UFE procedure, visit the Atlanta Fibroid Center’s website at ATLii.com.