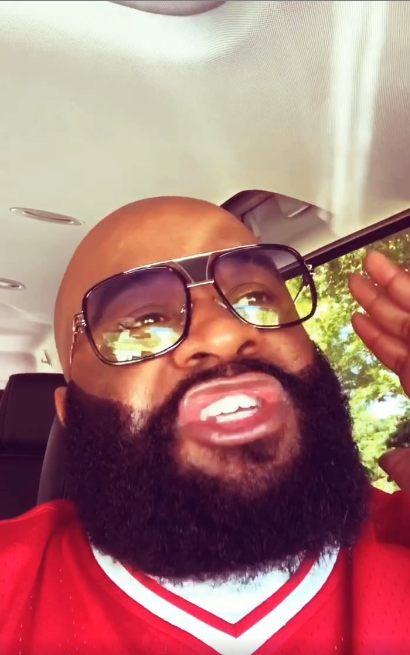 LaShawn Daniels, the superstar songwriter who penned many all-time monster hits such as “Say My Name” by Beyoncé and Destiny’s Child, “The Boy is Mine” by Monica and Brandy and “You Rock My World” by Michael Jackson, has reportedly died from a car crash in Atlanta, according to HotNewHipHop and the Independent.

The man who was known to the world as Big Shiz was 41 years old.

The Big Shiz was also known as the “secret weapon” in the music industry who sculpted hits for a multitude of A-list artists, including The Spice Girls’ “Forever,” “If You Had My Love” by Jennifer Lopez, “Lose My Breath” by Destiny’s Child, “Telephone” by Lady Gaga and Beyoncé and “It’s Not Right But It’s Okay” by Whitney Houston.

According to the Independent and Billboard magazine, Daniels also wrote hits for George Michael, Alicia Keys, and Janet Jackson.

The Big Shiz won a Grammy in 2000 for Destiny’s Child’s “Say My Name” and last got a Grammy nod in 2013 for Tamar Braxton’s single “Love and War.” He also appeared on the reality series “Braxton Family Values” and “Tamar & Vince.”

The supposed car crash has not yet been confirmed, but condolences have been pouring in throughout the music and entertainment world.

Close friend Dawn Richard, who collaborated with Daniels on multiple projects, is inconsolable and expressed her sorrow on Twitter:

Yooooo I’m lost. Lashawn Daniels died?!!!! I’m stuck. This man took my vocal ability to new levels while working in Dirty Money. One of the funniest people with the best heart. A rare talent and a beautiful soul.

Singer Kehlani echoed those sentiments with: “We was supposed go crazy next week… Appreciate you for f—- wit me OG … your legacy will never be forgotten! this s— is crazy!”

British singer-songwriter MNEK added: “He’s only co-written [and] vocal produced literally all of our favourite records – this is so sad”.

Singer Victoria Monet says a big piece of her heart has been torn out of her chest because of what the Big Shiz added to her life.

“I can’t even process that you’re gone. I learned everything I know about harmonies and vocal production and songwriting from you,” Monet said. “The way you made me do it over and over and teach me to come and sing with that Shiz vibrato that was so recognizably yours. Your patience with my pitchy ass at 19 … I will never forget your presence. I really don’t know what to say. This is heartbreaking. I hope the world knows the angel we just lost.”

I spent a lot of time with Shiz. One of my favorite stories from him is when he told me when he knew he was ready to get married and how he knew his wife was the one. We talked about this when I was in height of my single/wild phase. His words from that day had and still have a profound effect on me. Not only was he an incredible creative, he was a genuine and giving person who loved his family and adored his wife. And every time we were together, he kept me laughing so hard. We spoke earlier in the year about getting together and doing some work. My mind is blown right now and my heart is heavy. Rest easy my friend, @bigshiz.