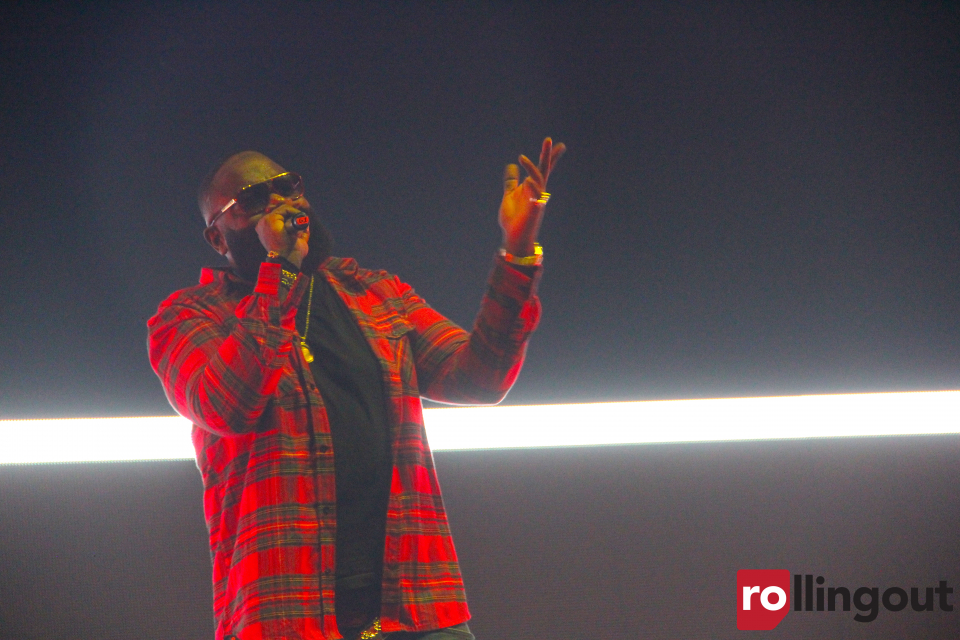 Rap star Rick Ross gets candid and graphic about his former predilection for that toxic brew of powerful prescription medication and alcohol and the ensuing seizures in his recently-released memoir, Hurricanes.

“My life is really like a movie,” the man born William Leonard Roberts II told People magazine in an excerpt from his book. Ross, 43, discusses the near-death experiences, including the drive-by shooting and the 2018 seizure that caused him to be hospitalized for about a week.

The “Ashton Martin Music” architect walks his fans down that dark period where he’d become dependent upon codeine, the prescription opioid medication that is supposed to suppress cough and pain relief. When Ross began mixing codeine with alcohol and other drugs, his health began spiraling into debilitating and life-threatening seizures on the ground and on airplanes.

But the worst of those seizures happened last year.

The most harrowing of these episodes happened when his entourage and a female friend were at his home:

I’d caught a cold the day before and had a bad cough. I’d been taking DayQuil and using Vicks VapoRub all day. When I went to bed that night I had a seizure. But I didn’t come out of it the way I usually do. My breathing was all f—ed up. At around 3:30 in the morning the girl I was with went downstairs and told Tomcat I had s— myself and was foaming at the mouth.

A few minutes later I was able to get myself out of bed. I still wasn’t breathing right but I got into the shower to clean myself off and try to get myself together. When the paramedics and police arrived I had Tomcat turn them away. I’d been through this before. I’d be straight. But then I started coughing up blood in the shower. That had never happened before.

At that point Tomcat said I needed to go to the hospital. Short Legs came and took me to the closest one, where the doctors discovered I had aspiration pneumonia. Something had gotten into my lungs while I was having the seizure and caused an in­fection. I was sedated and hooked up to a breathing machine.

I’d gotten hospitalized for something similar a year before. We kept it under wraps and it never made the news but it was serious. What happened was after I took my plea deal in April I’d hit the road hard. As usual, hitting the road-heavy resulted in me getting less sleep and my immune system being compro­mised. You can guess what happened next. On a flight home from Europe I had a seizure. I was in the hospital for a week.

This time the doctors were more concerned. Because I’d just gotten back from performing in Nairobi, Kenya. They were worried I may have brought back some sort of virus from Af­rica and wanted to put me under quarantine.