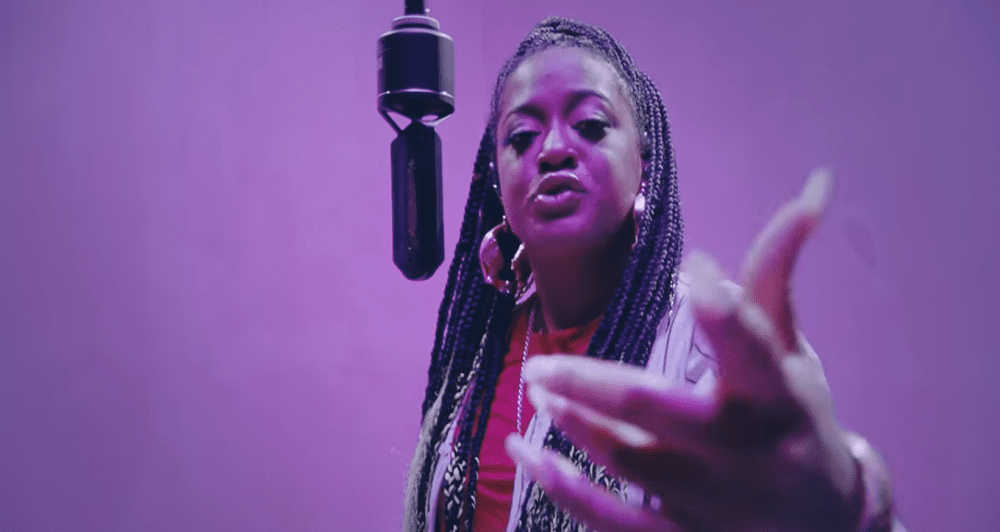 The next time Serena Williams takes the court for the 10th U.S. Open final in her illustrious career, she will do so with an unofficial anthem — “Serena” — courtesy of surefire female spitter Rapsody.

After dispatching No. 5-seeded Elina Svitolina of Ukraine at Arthur Ashe Stadium Thursday night, Sept. 5, 2019, in straight sets, 6-3, 6-1, the riveting track is ever appropriate and right on time.

The ode to the Compton native’s greatness was released this week as part of Vevo’s Ctrl series, which features cutting-edge artists and musicians. Rapsody’s live contribution also appears on her third studio album, Eve, which pays homage to the original woman (in the Bible), boasting 16 tracks, all named after legendary Black women.

If you haven’t yet heard the track or seen the video, don’t expect Rapsody to mention the tennis champ’s four Olympic gold medals or 27 grand slam titles. If anything, the hook, which bears Luther Campbell’s familiar vocals — Don’t stop, get it, get it… and Puff Daddy’s unforgettable motto: Can’t stop, won’t stop… — are the phrases that align most with Williams’ historic run.

Since releasing Eve, the North  Carolina-born star, handpicked by 9th Wonder, has done nothing short of amaze the music masses with her seemingly endless talent. As has been the case on previous works, upliftment and empowerment are alive and well on this track, where she paints pictures a blind man can see:

Can’t stop yeah got a long green
That’s a long light, that’s a sunbeam
That’s a bright path in a dark world
That’s a good fight for a dark girl
On a surfboard in a rocky river
Y’all poolside, we still deliver

It’s lyrics like these that have all but established Rapsody as an immediate problem, especially for stripper-friendly rappers, mumble rappers and basically anyone the public has placed on a hip-hop pedestal. No one is safe — similar to the field when the GOAT is a part of it:

That’s a Wonder Woman, superhero
Was Black man that saved y’all Neo
We gon’ save them all, Nat Turner, Tubman
For the hate you give, still thugging
That’s Shakur life, Giovanni wrote it
Nikki, that’s a real poet
Black life, we still going
They made we still flowing
Black joy, euphoria
We wanna smile like Gloria

Peep the video below to watch her do what she does.