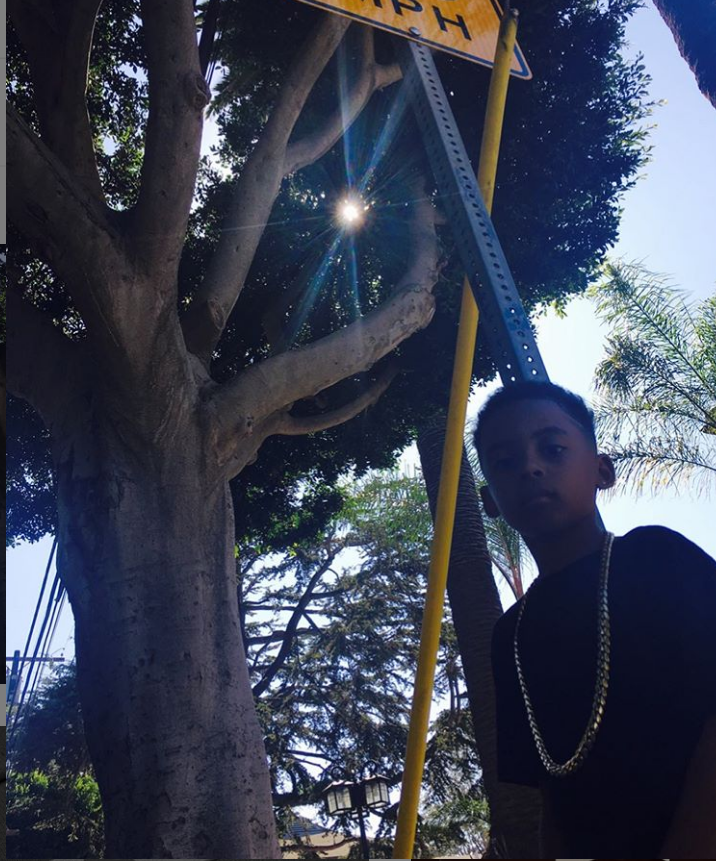 Lauren London is jealously protective of her privacy and that of her family.

London and her late, legendary former boyfriend Nipsey Hussle went public with their relationship but took pains to keep their combined four children out of the spotlight.

However, the star of “The Game” and “Games People Play” deviated from the norm in order to commemorate her son’s 10th year on earth.

London, 34, hit the pause button on her busy schedule to post a photo of her son, Kameron “Kam” Carter, who she had with rap superstar Lil Wayne.

London later had another son, Kross Asghedom, with Hussle, whose given name is Ermias Asghedom.

Kam Carter was born on Sept. 9, 2009. London not only gave thanks for having a healthy son, but she also called her firstborn the biggest blessing in her life.

London rarely allows her children to share the spotlight, but she did let Kam speak at Hussle’s public memorial service at the Staples Center in downtown Los Angeles in April. Kam detailed his relationship with Hussle and recounted a dream he had after the rapper’s untimely death.

Take a look at the poetic posting from London to her son, Kam.

My first born turns 10 9-9-09. 09-09-19 today Kam opened my heart 10 years ago A gift from the most high A consistent act of service A gift Kameron is full of soul and a constant reminder of Gods unconditional Love. My Sonshine! Happiest Birthday my Brave boy