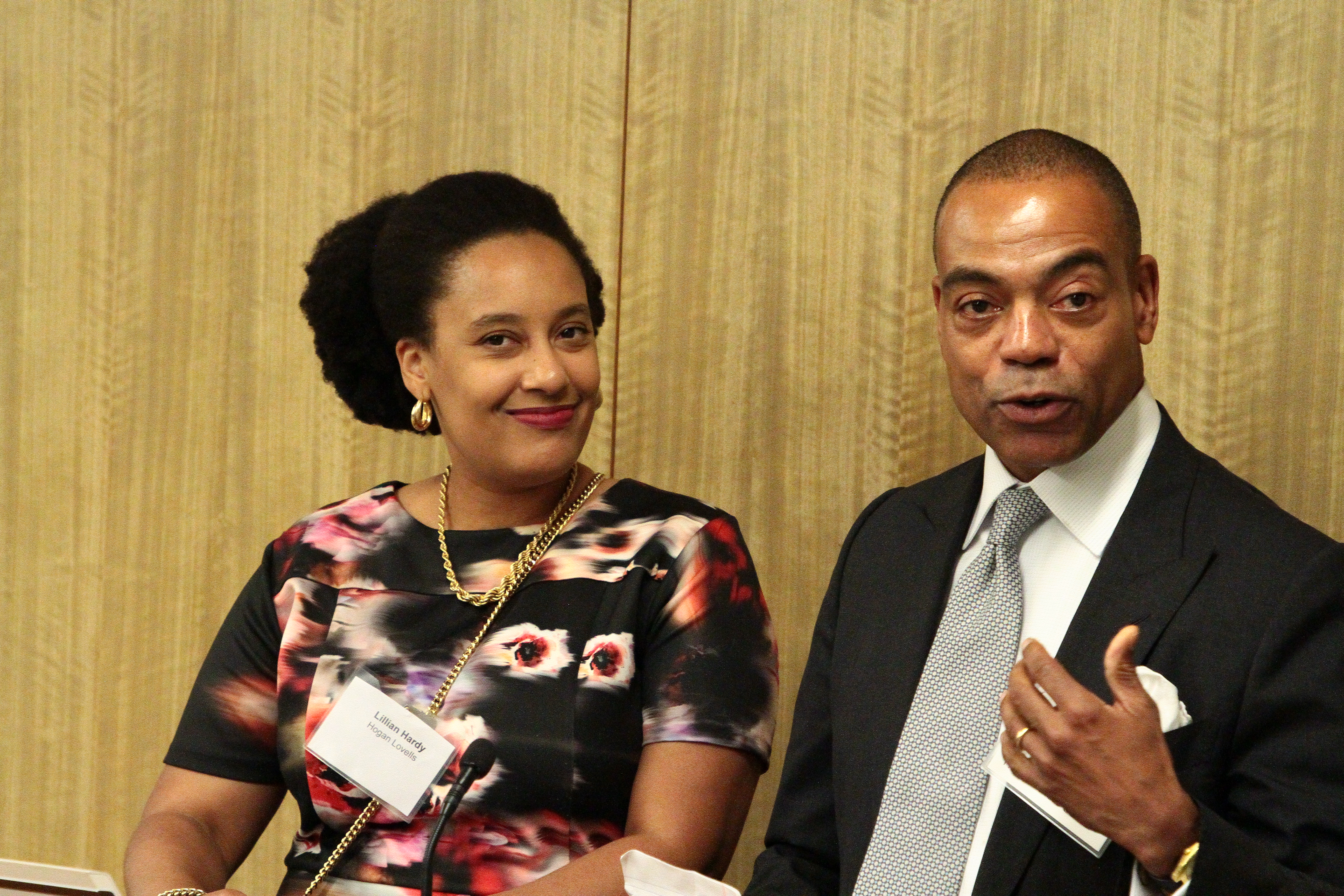 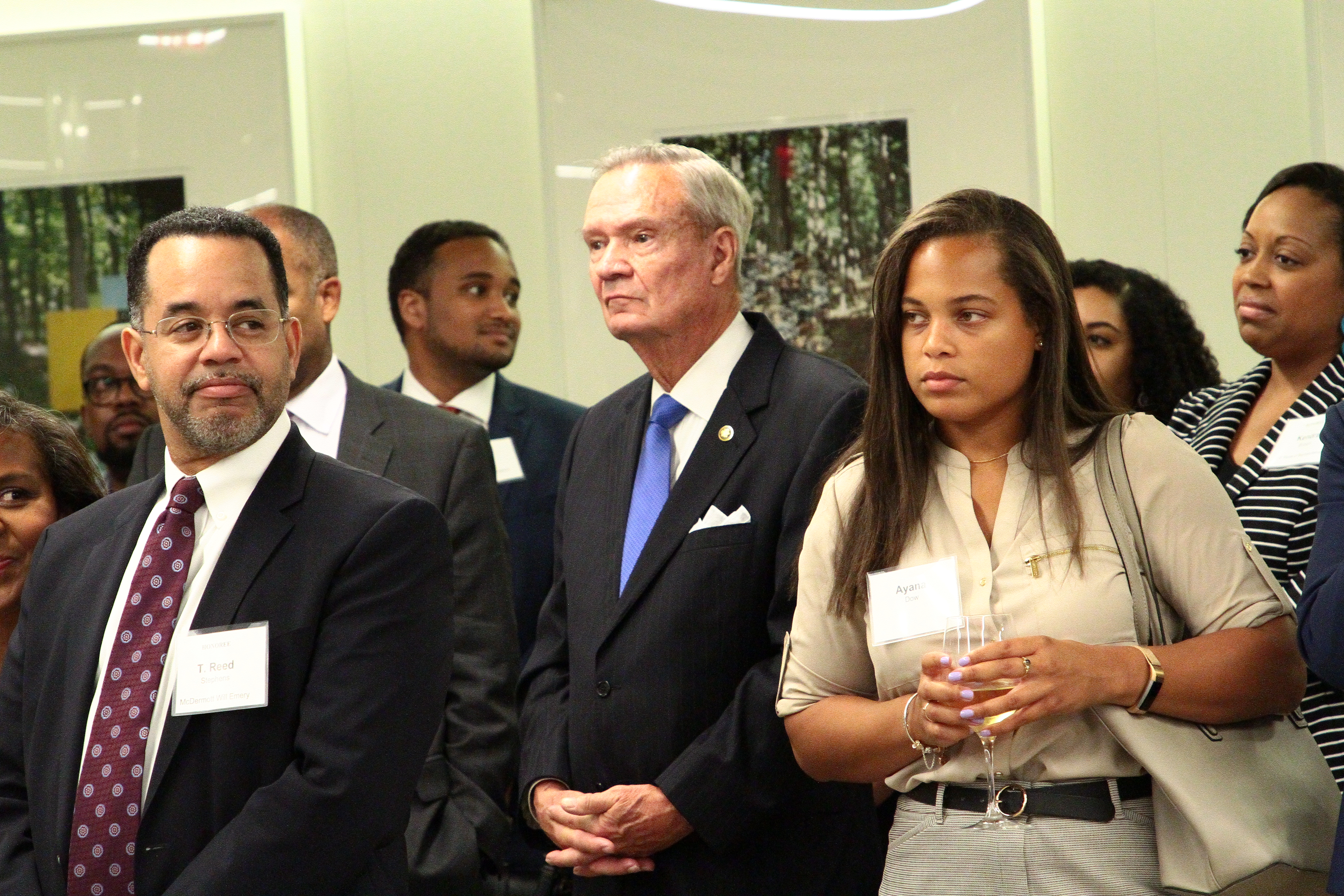 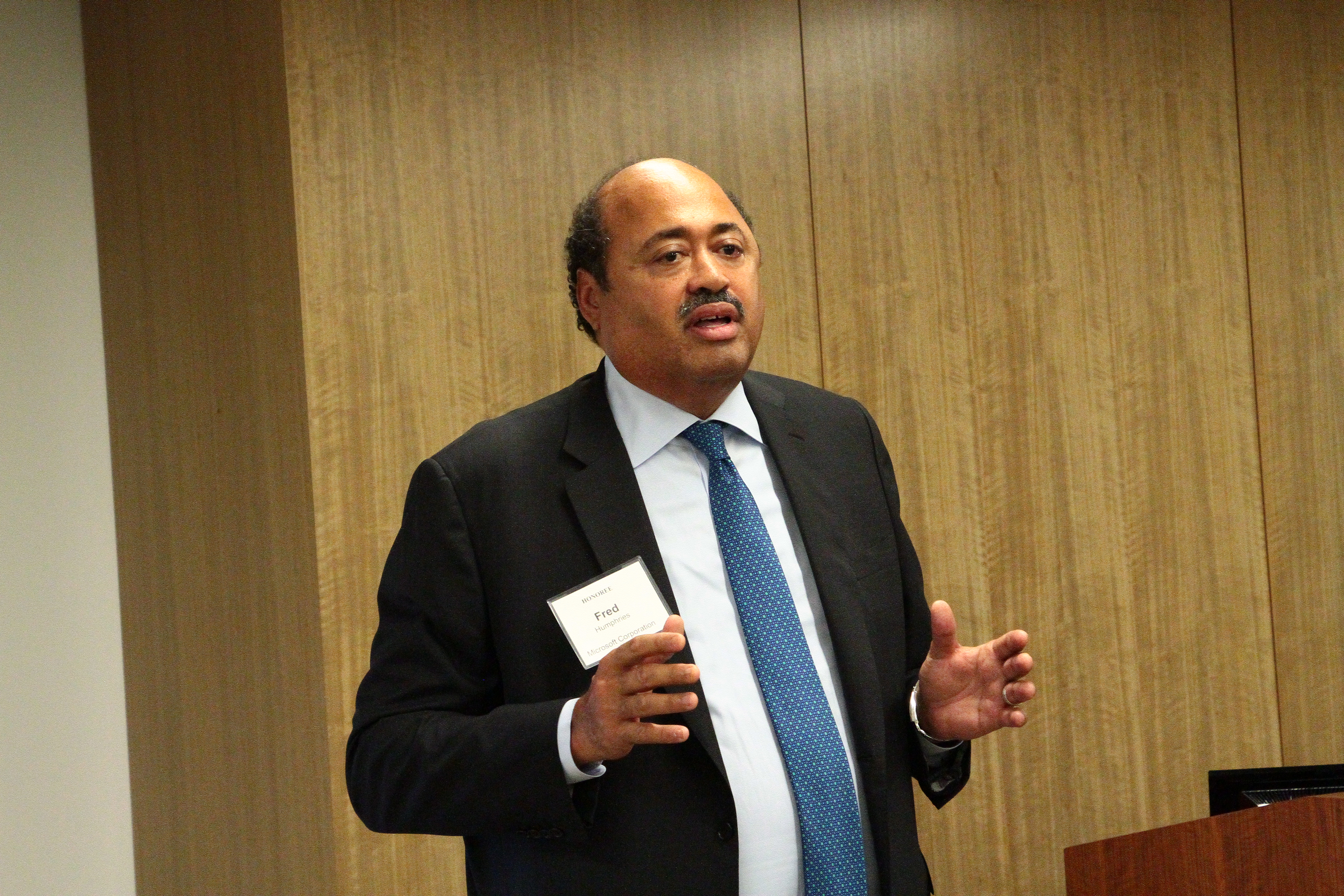 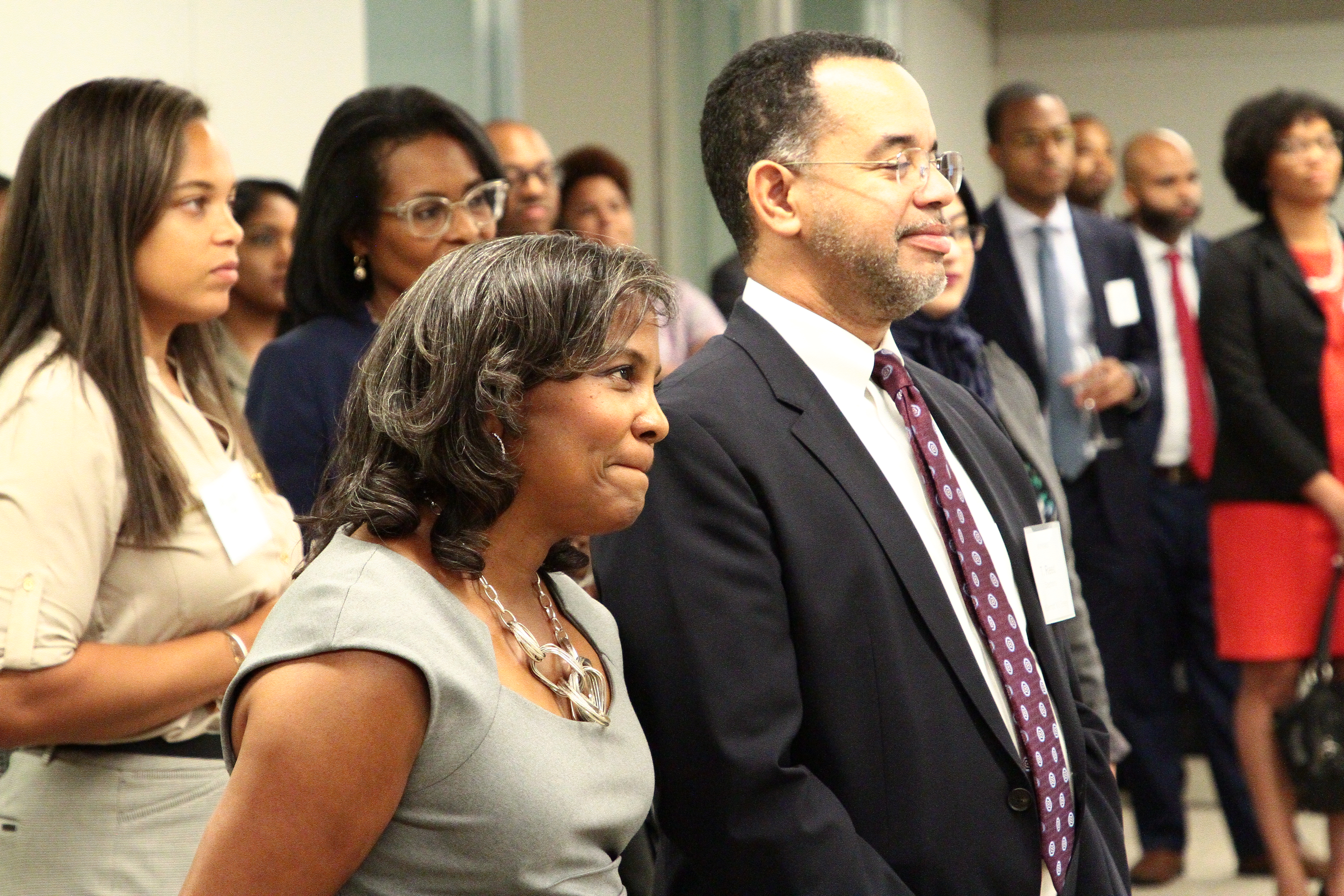 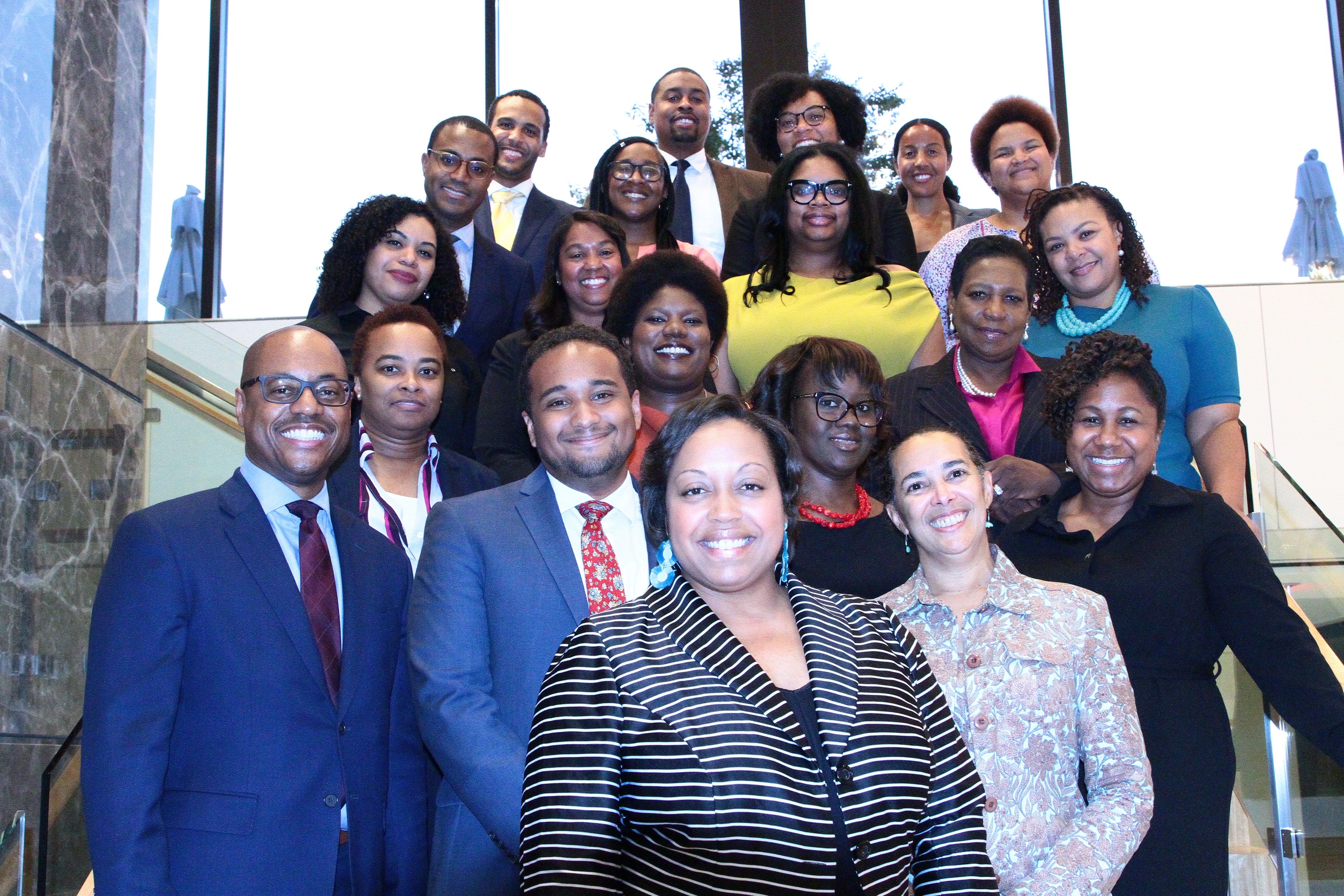 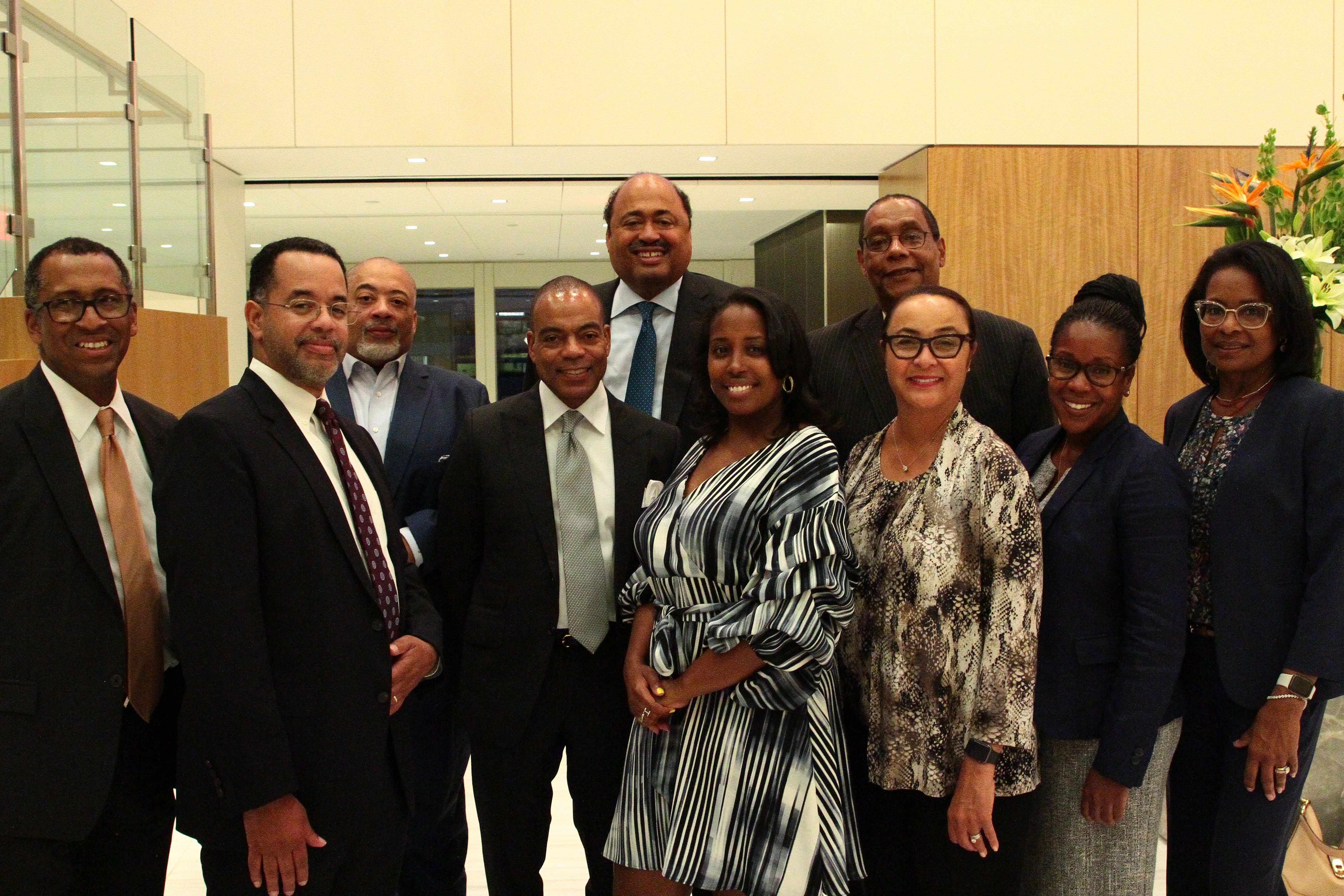 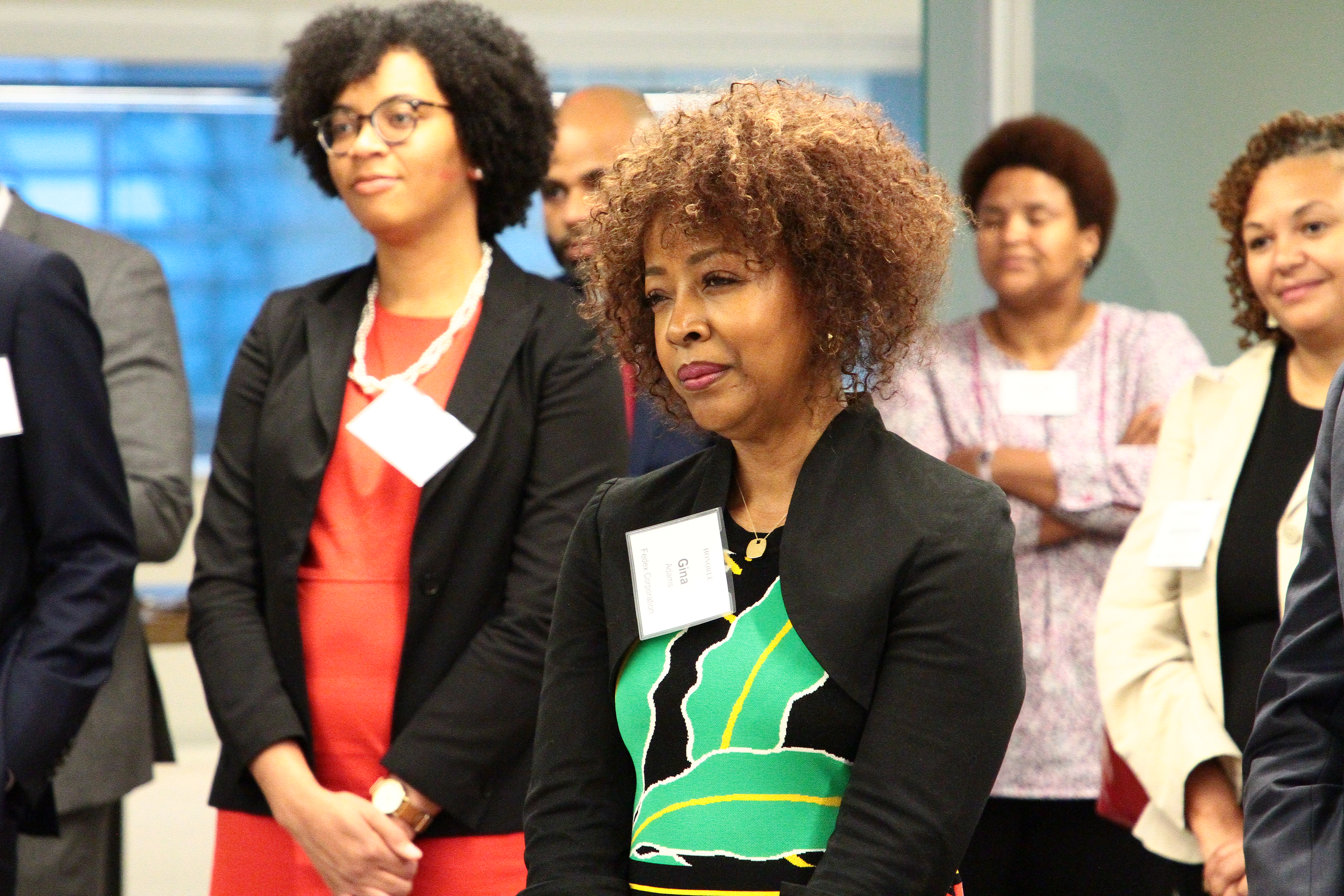 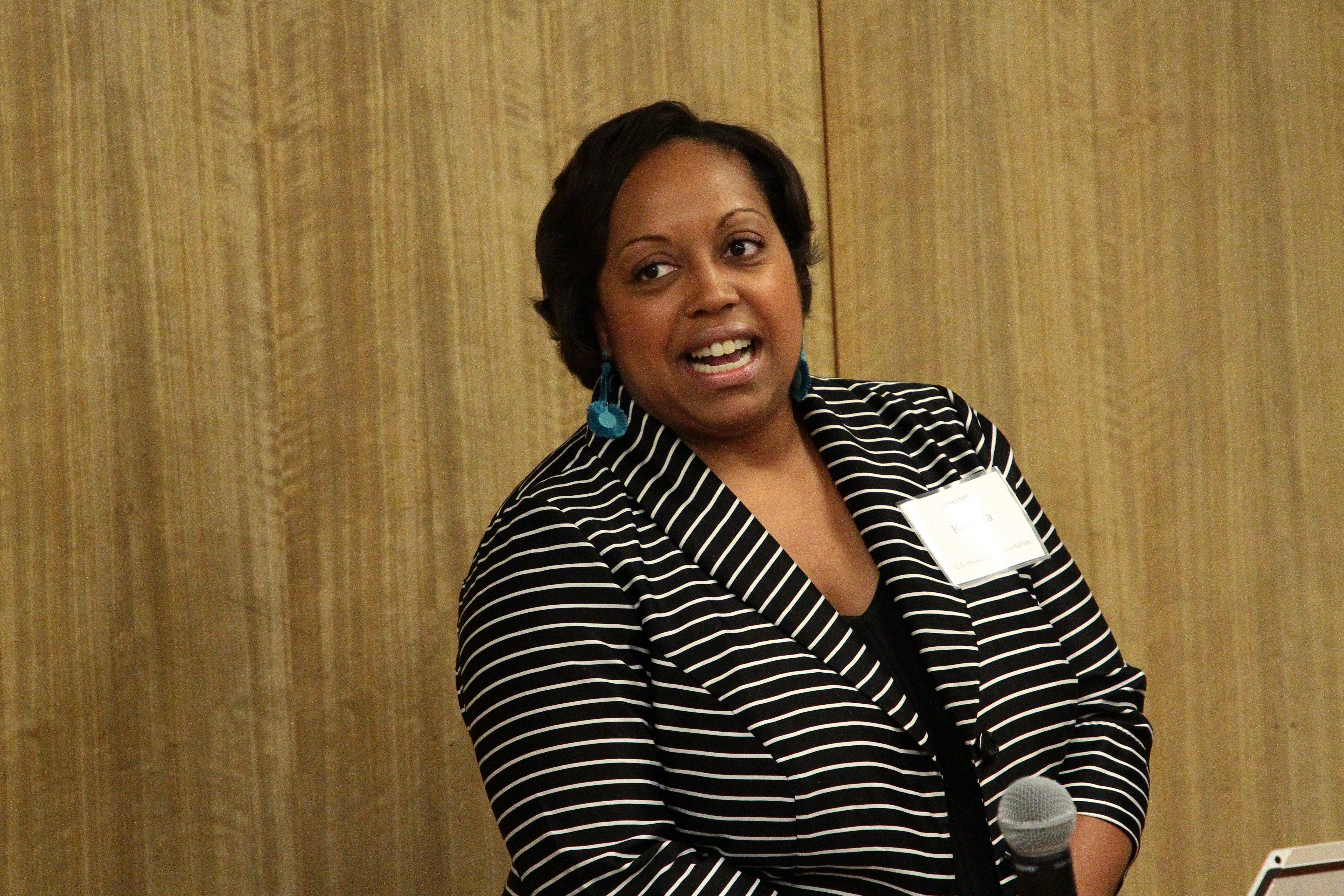 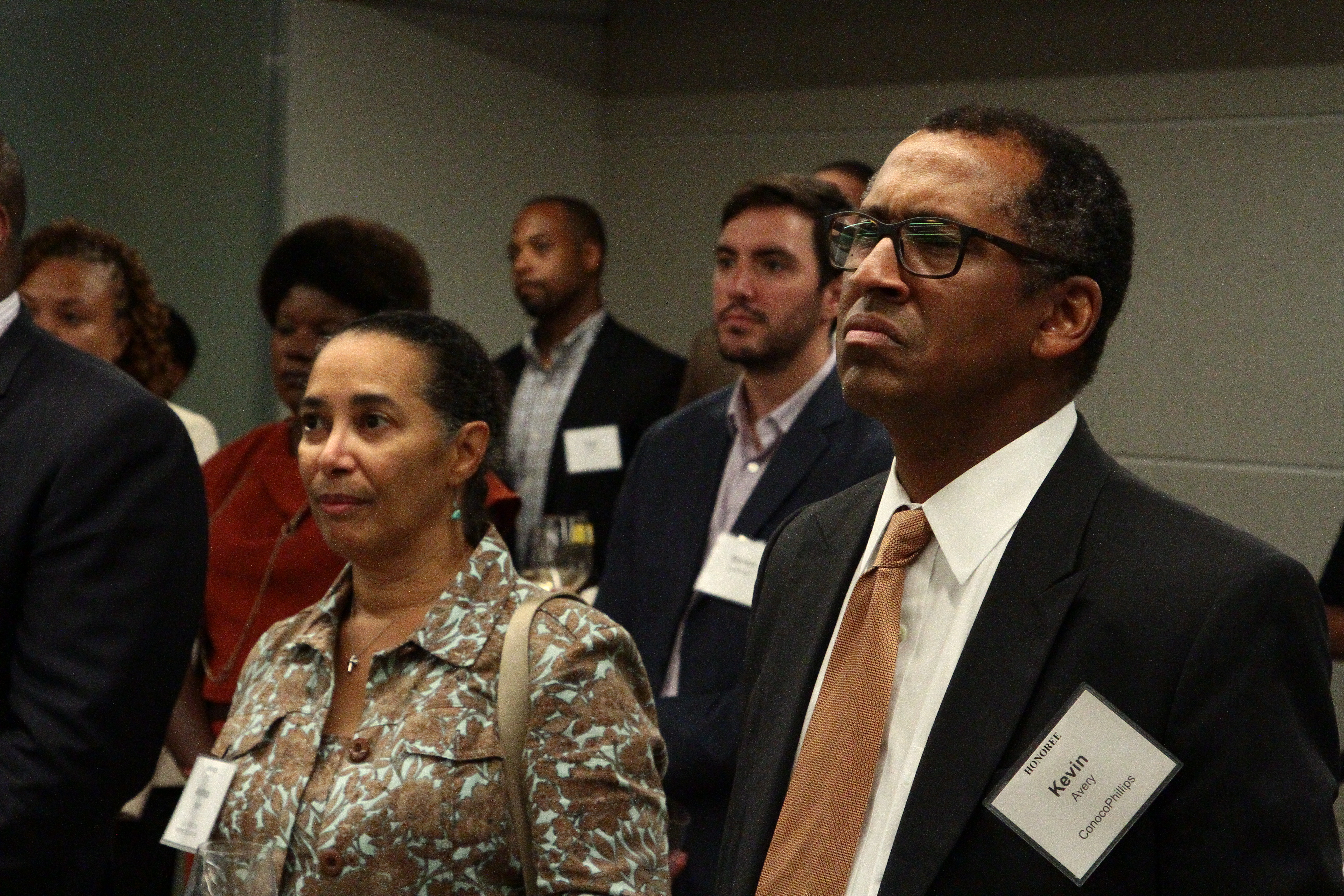 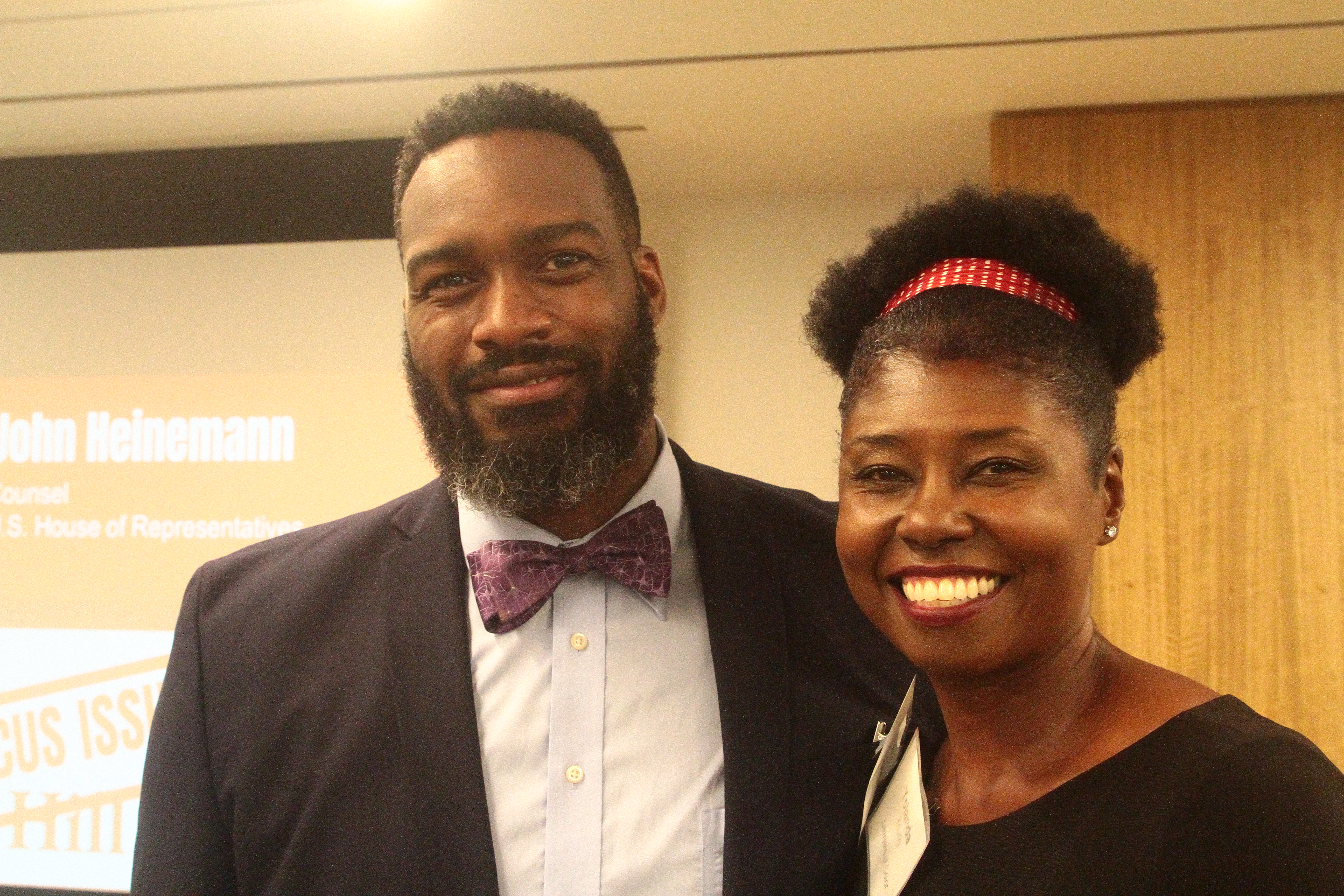 Honoree Joe Briggs, an attorney for the NFLPA poses with Yolanda Young, executive director of Lawyers of Color.

Lawyers of Color saluted Black lawyers named to its most influential lobbyists and Capitol Hill staffers lists at a reception at Hogan Lovells, an international law firm co-headquartered in London and Washington, D.C. The firm specializes in government regulatory, litigation, commercial litigation and arbitration, corporate, finance, and intellectual property. The firm’s honoree, Ari Q. Fitzgerald and fellow partner Lillian Hardy hosted the event where Kendra F. Brown, chief of staff to Rep. G. K. Butterfield served as the honorary chairperson. In attendance were former U.S. Sen. John Breaux of Louisiana who is now an attorney at Squire Patton Boggs.

The annual event is dubbed the Caucus Prelude Reception and was held Tuesday, Sept. 10 on the eve of the opening of the Congressional Black Caucus Foundation Annual Legislative Conference, which is the leading policy conference on issues impacting African Americans and the global Black community. At the ALC thought leaders and legislators come together with concerned citizens to engage in issues regarding economic development, civil and social justice, public health and education issues. This year, over 10,000 people are expected to attend forums, receptions, and dinners.

In addition to a reception in their honor, Lawyers of Color’s honorees will be featured in the third edition of Lawyers of Color’s Caucus Issue. A digital version of the publication will be available on Lawyers of Color’s website in September. The organization’s selection committee, comprised of its fellows, advisers, and editorial staff, chose distinguished lobbyists and influencers who may not fit the traditional definition of a lobbyist but are on the front lines of consequential national political and policy battles.

Lawyers of Color’s mission aligns with the Congressional Black Caucus’ efforts to build a world in which all communities are able to have input in public policy. The organization seeks to cultivate leaders and to economically empower communities. It is devoted to promoting diversity in the legal profession and advancing democracy and equality in marginalized communities.

Of the best law schools for Black students, Howard University ranks No. 1