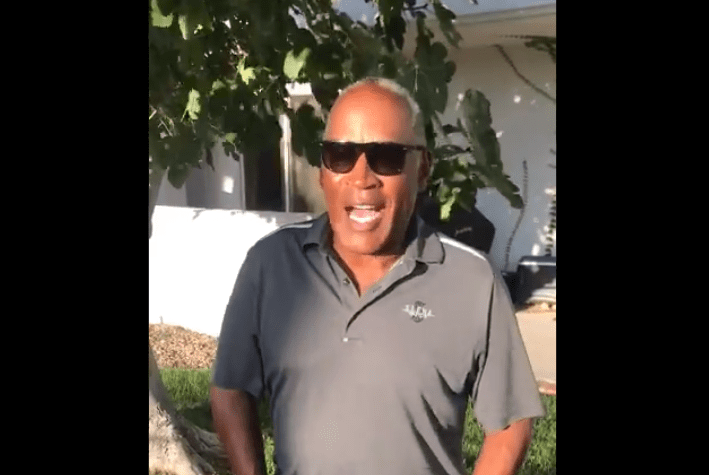 O.J. Simpson, who has been permanently relegated to refugee status in his own country, refuses to wither away in deserved obscurity. The former all-time great NFL running back caused a stir when he discussed his Fantasy Football on Sept. 11 and shared his feelings about the rape lawsuit against NFL star Antonio Brown.

Simpson, 72, said Brown was “accused” of the allegations and “not charged” when he filmed himself talking about Fantasy Football.

By the way, this comes a few days after “The Juice” said that no one was pulling for Brown because of his history of keeping up mess with more than one team.

“I saw where somebody accused Antonio of rape,” Simpson said of Brown, 31, who just joined the New England Patriots. “Now, let’s make one thing clear — he was accused, not charged.” He also said he was worried about his Football Fantasy team because of the accusations. “I don’t know how that’s going to affect him,” he explained. “I’m hoping it’s not true. Nothing I knew about Antonio would make me think [he is] someone who would do something like that.”