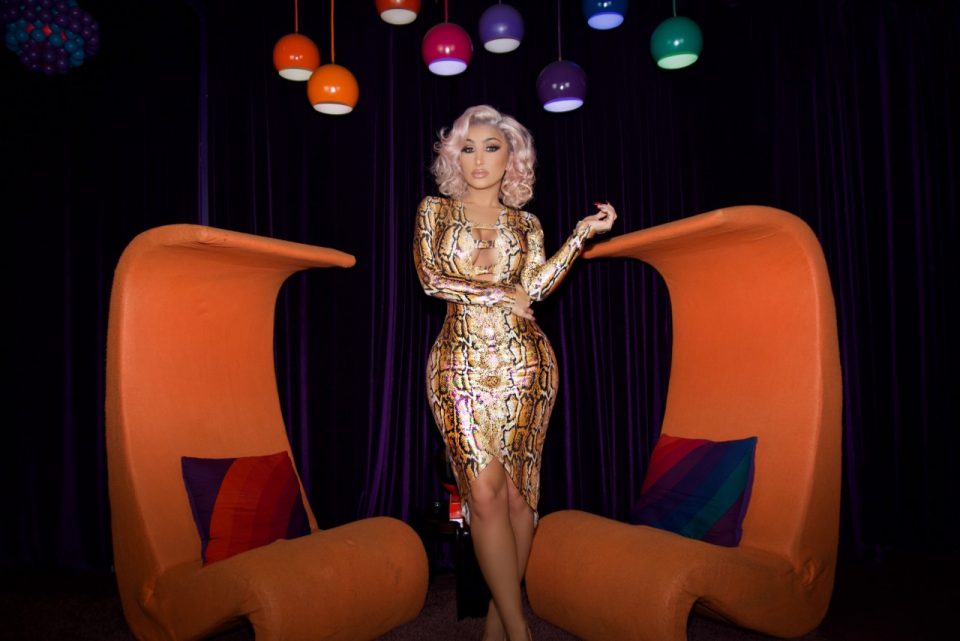 Angel Brinks is an Armenian-American reality TV personality and fashion designer who was born and raised in Hollywood, California. She is the self-made CEO and executive designer of Angel Brinks Fashion. Brinks previously appeared on VH1’s “Basketball Wives: LA” with her ex, professional basketball player Tyreke Evans.  She is a fashion trendsetter and influencer who has amassed over 1.4 million followers on Instagram.  Rolling out spoke with Brinks about her career and working with music icons like Mary J. Blige.

How did you get your start in fashion as a designer?

I really took a liking to fashion as a little girl watching my grandmother sew. Being enrolled in performing arts, I took a liking to flashy, stand-out pieces. I would go to vintage stores with a little bit of money and play around with clothing. I tested out the styles by wearing them out to Hollywood events and [I] got a lot of attention and requests for the items, so I launched a collection.

What has been your most rewarding moment and hardest challenge as a designer?

The hardest part of designing is the business aspect. Designing is a fun, creative process for me and I have to tap into what I think women would like, along with my style. My most rewarding moment was being asked to do New York Fashion Week and seeing lines out the door and around the block! Another one would have to be working for Missy Elliott for the Super Bowl commercial she did with Pepsi. We flew out of the country, and the production for it was something I had never seen before. Click here to continue