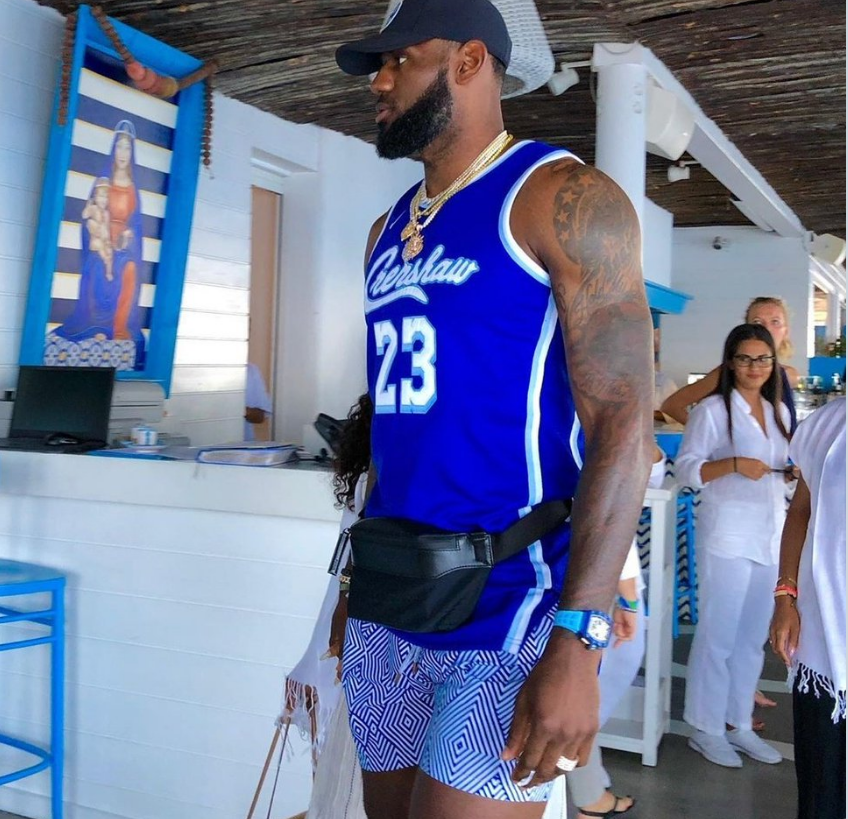 With the opening of the 2019-20 NBA season about a month away (Oct. 22), some fans and NBA players are urging the Los Angeles Lakers to rock the blue Crenshaw jerseys in honor of the late legendary Nipsey Hussle.

LeBron James rocked the No. 23 Crenshaw jersey on Tuesday, Sept. 17, in honor of the businessman, philanthropist and rap genius, with the following caption:

I know you smiling down back at me my G! The Marathon will Always Continue all around the world with me! #TMC💙🏁 @nipseyhussle @laurenlondon 🙏🏾 No 🧢

Nipsey Hussle was gunned down in front of his The Marathon Clothing store on March 31, 2019. Reputed gang member Eric Holder has been charged with Hussle’s murder and the attempted murder of two others.

Former NBA star Caron Butler has been one of the more vocal ex-players advocating for the Lakers to pay homage to Hussle with this jersey. Future Hall of Famer Dwyane Wade seconded Butler’s motion.

It would be especially momentous, as the Lakers featuring LeBron and Anthony Davis, will meet Kawhi Leonard, Paul George and the Los Angeles Clippers when the NBA season kicks off on October 22.

Can you imagine pulling up to @STAPLESCenter on a Friday night!@LAClippers is #Red #Crenshaw uniforms @Lakers in #Blue #Crenshaw uniforms honoring @NipseyHussle and UNITY. Along with a hell of a Game on display 🔥🔥🔥🏁
#ILoveThisGame#ThinkingOutLoud https://t.co/w0mf2YUIol

The culture needs this https://t.co/xl3ow2W45j

LeBron got a Nip Jersey😥😥😥 pic.twitter.com/TQrRDTpEaH