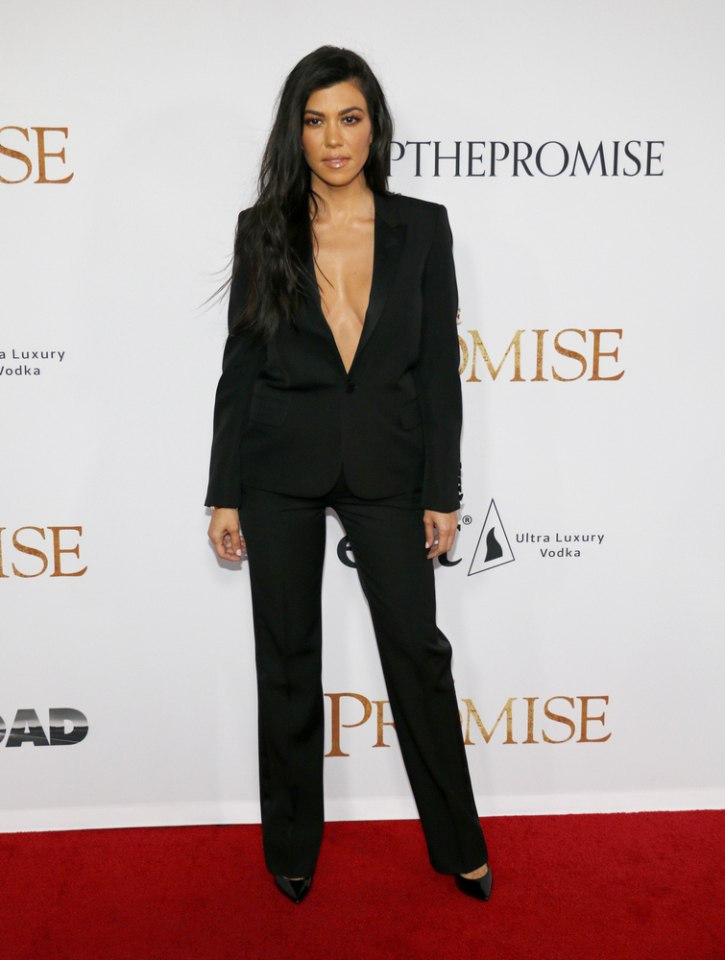 Kourtney Kardashian at the Los Angeles premiere of ‘The Promise’ held at the TCL Chinese Theatre in Hollywood, USA on April 12, 2017. (Photo Credit: Tinseltown)

Kourtney Kardashian vowed to never let Corey Gamble be alone with her kids after the pair rowed over parenting techniques.

The “Keeping Up With The Kardashians” star said she would not let her mother Kris Jenner’s boyfriend near her children on his own because he said he would give her daughter Penelope “a spanking for sure” and also added that “whipping is that discipline” in an argument.

Gamble said: “If P scratches me, I’m whipping her a–.”

While Scott Disick — the father of Kourtney‘s three kids — shouted back: “My daughter? My little daughter?! … Don’t ever talk about a child like that!”

Jenner tried to act as a mediator in the situation, insisting Gamble didn’t mean his comments literally and would never hurt Penelope.

Kourtney fumed back: “Because he will never be with my kids alone and if he does that in front of any of us there will be a f—ing issue!”

The duo then met up later to discuss their argument.

Speaking on the family’s E! reality show, she admitted they were “never going to agree” about it, admitting she didn’t want to not bring her kids to her mom’s house because she “feels uncomfortable.” Click here to continue