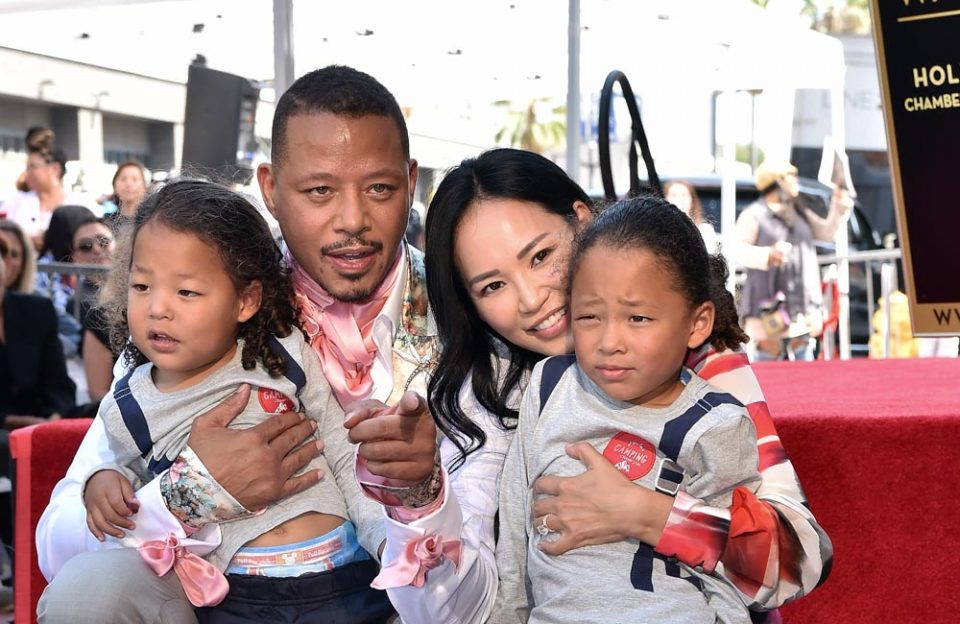 Terrence Howard, partner Mira Pak and sons Qirin Love Howard and Hero Howard attend the ceremony honoring the actor with a star on the Hollywood Walk of Fame on Sept. 24, 2019, in Hollywood, California. (Photo by Axelle/Bauer-Griffin/FilmMagic/ Bang Media)

Terrence Howard has been honored with a star on the Hollywood Walk of Fame.

The 50-year-old actor was joined by his partner Mira Pak — who he divorced in 2015 but got engaged to again in December 2018 — and their two young sons Hunter and Qirin, as he was honored with the sidewalk tribute in Hollywood on Tuesday, Sept. 24, 2019.

Howard recently revealed to Variety his plans to quit acting, and he admitted his star — which is next to that of his “Empire” co-star Taraji P. Henson — made him feel like he was a “gift” to his ancestors.

He shared: “To have my name on the sidewalk where people will make their way in hopes of one day having some recognition, it’s humbling because people will stand on your star and get a feel for who you are, you know, and try and put themselves in your shoes.

“It feels like I’m a gift to my ancestors that were fighting to become actors.”

The Iron Man star was referring to his great-grandmother Minnie Gentry, his grandmother Marjorie Hawkins and his mother Anita Williams.

Speaking about his parent, he added that she “was trying her hardest to show that she had what it took to make it in Hollywood.”

He continued: “I think that I became an actor for that reason: showing my mom that [she] could’ve done it.”