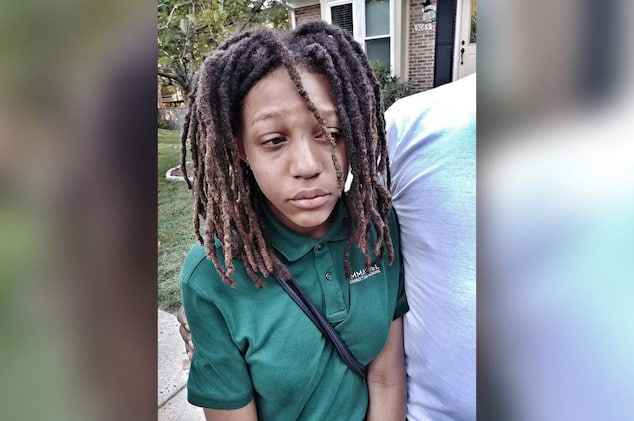 A 12-year-old girl in Fairfax, Virginia, made national headlines after claiming that she endured an assault that was racially motivated.

The honor student, Amari Allen, told her family that she began facing harassment from White students at her school who called her ugly and told her that her hair was “nappy,” according to CBS News.

She claimed that she was attacked and assaulted after one of the boy’s held her arm and another boy cut her locs. Her aunt, Zyonn Allen, spoke with school officials, who urged her not to put the incident on social media.

“Please pray for the Allen Family,” Zyonn Allen shared on Facebook. “We all need strength for my niece Amari Allen. She has been bullied at Immanuel Christian School in Springfield, VA. Three White boys decided to hold her down and cut her hair stating it is ugly and nappy.”

Allen’s aunt played a video of a phone call from the school where she’s asked to “do the Godly thing and keep it off social media.”

However, on Sept. 30, Amari said the story was false and issued an apology to the boys and school.

“To the administrators and families of Immanuel Christian School, we are sorry for the damage this incident has done to trust within the school family and the undue scorn it has brought to the school,” her family said in a statement. “We understand there will be consequences, and we’re prepared to take responsibility for them.

Amari admitted she lied following an investigation by the Fairfax County Police Department, but also said that some form of bullying did occur. Her family said that Amari will undergo counseling.