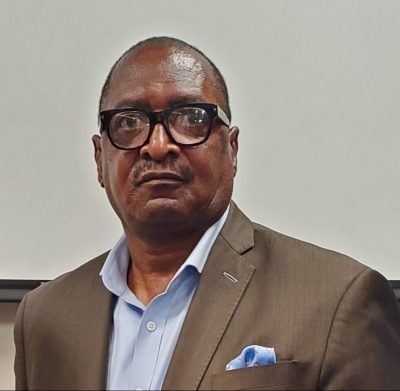 The “Halo” hitmaker’s dad Mathew Knowles has revealed he is battling the disease on the first day of Breast Cancer Awareness month, which runs throughout October, as part of his interview with Michael Strahan on “Good Morning America.”

Speaking in the sit-down chat, which will air on Wednesday, Oct. 2, 2019, Strahan asked Knowles how he broke the news to his daughters Beyoncé and Solange.

He said in the teaser: “How was it to tell your family about the diagnosis?”

Breast cancer in men is extremely rare, with only one in a thousand being diagnosed with the illness, but can often be much deadlier unless it’s caught early.

The 67-year-old talent manager recently said, despite people claiming he has a fraught relationship with his daughters, he gets on “great” with the girls.

He said: “I have a great relationship as a father with not just Beyoncé, but people forget I have this talented, gifted kid named Solange, who is a Grammy winner and has had a No. 1 album. People tend to think she does not exist.

“It’s not a daily dialogue. Daughters tend to always gravitate to their moms more than their dads. I think it’s pretty standard in the universe, my relationship.”

However, Knowles used to find it difficult to switch from being a manager to being a father but, nonetheless, he wouldn’t change anything about his “mistakes.”

He explained: “The most challenging thing was separating and walking the line from manager to father. That’s very difficult in the music industry.

“If I had to do it all over again, I would change nothing because I believe failure is an opportunity to grow, not a reason to quit. Most people when they make mistakes, they want to quit rather than learn from it.”