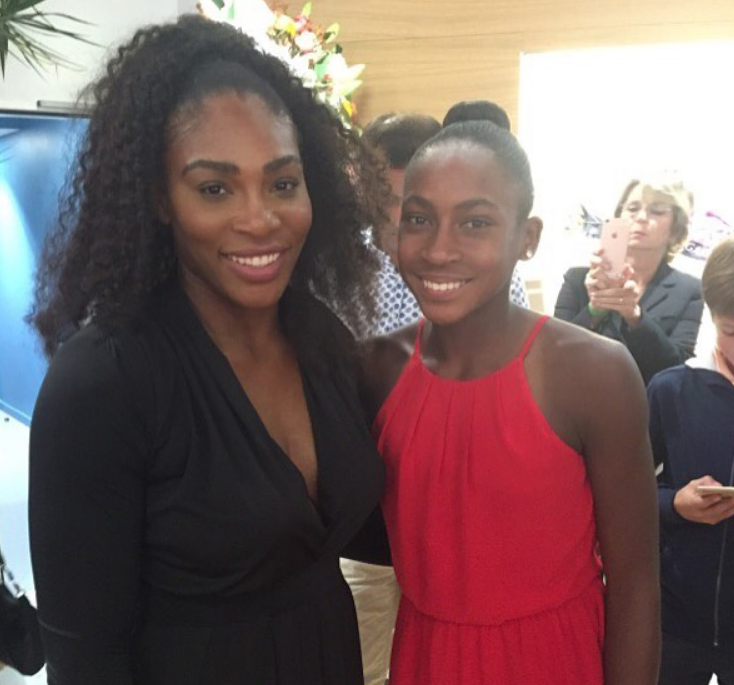 Cori Gauff with one of her two idols, Serena Williams. Venus Williams is not pictured. (Photo source: Instagram – @cocogauff)

Cori “Coco” Gauff, the teen tennis sensation who first captured the hearts of fans worldwide after defeating her idol Venus Williams at Wimbledon, won her first tennis title in Austria on Sunday, Oct. 13, 2019.

Gauff — who lost during the qualifying round but was what the WTA terms a “lucky loser” after an injured player pulled out of the Linz Open — went on to mow down the top players in the world en route to a rousing title win.

Gauff became the youngest Women’s Tennis Association winner since Nicole Vaidisova in 2004 when she downed 2017 French Open champion Jelena Ostapenko 6-3, 1-6, 6-2 at the Linz Open on Sunday, Oct. 13, according to ESPN.

Gauff is only 15 years old.

In the process, Gauff became the youngest American tennis title winner since legend Jennifer Capriati accomplished the feat at age 14 in 1991.

“I’ll definitely remember this moment for the rest of my life,” Gauff told the crowd during the awards ceremony, according to CNN.

“One of the biggest thank-yous goes to you guys,” Gauff said to the crowd. “Thank you for your constant support this week. It’s been an amazing week, and I hope to come back in the future.”

With the win, Gauff surges deep into the top 100 professional tennis players in the world, landing at No. 71.

The girl who was comforted by the No. 1 player in the world, Naomi Osaka, after Osaka reduced her to tears during a landslide win over Gauff at the U.S. Open in August, reacted jubilantly after her title win in Austria.

With Gauff’s victory, she automatically qualifies for the first major of the 2020 season, the Australian Open, which takes place in Melbourne in January.