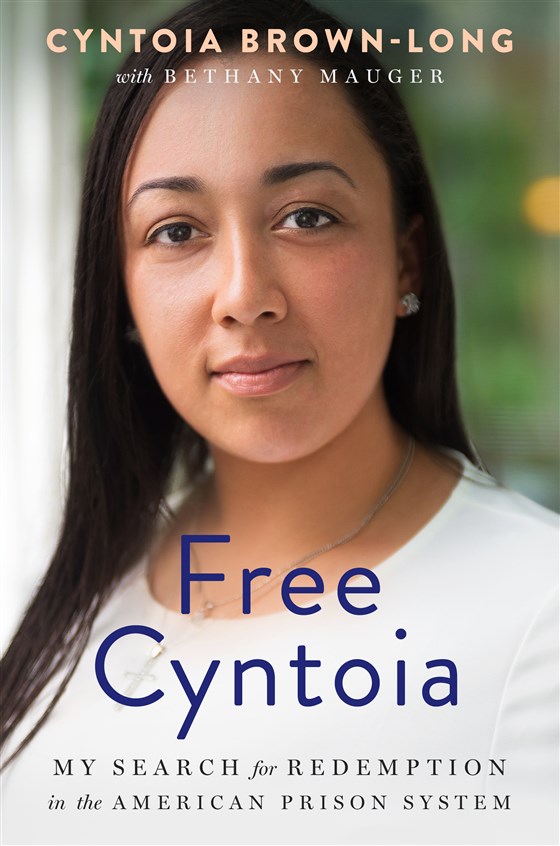 On the eve of the release of her book, Cyntoia Brown-Long spoke with NBC News’ Lester Holt about her tumultuous upbringing, as well as her harrowing life in the streets and prison.

Despite surviving a life that would have broken other people, the 31-year-old former sex slave, who spent half her life in a Tennessee prison, feels blessed by God.

“It’s an honor that God has put me in this position. I feel like it’s a great opportunity,” said Brown-Long, who got married in prison to Texas rapper J. Long.

“I fully intend to step into that and to share my experiences as often as I can, with whoever I can, in the hopes that it can bring about more understanding about what goes on in the system with young girls who find themselves in the situation that I did,” she told NBC’s Holt.

As she will do in her book, Free Cyntoia: My Search for Redemption in the American Prison System that was released today (Oct. 15, 2019), Brown-Long intends to advocate on behalf of the hundreds, if not thousands, of women who are still in the predicament that she was as a kidnapped prostitute and prison inmate.

“There’s nothing special about me. There’s, I can’t tell you how many Cyntoia Browns still in prison,” she said. “The women who helped me get to this point, they’re still in prison for 51 years and up with ridiculous sentences. And they don’t have hope right now.”

Brown-Long was sentenced to life in prison in 2006 after being convicted for first-degree murder and aggravated robbery after she killed Johnny Allen in self-defense after he purchased her for sex. But she exhibited remorse and regret that the man is dead.

“He is a victim, you know? He was, and his family’s a victim. You know, his friends, the people that knew him, the people that loved him. Like, they had someone snatched away from them. And I did that,” she said.

You can see the entire interview below on NBC News YouTube page:

Cyntoia Brown blasts the relentless haters of her husband