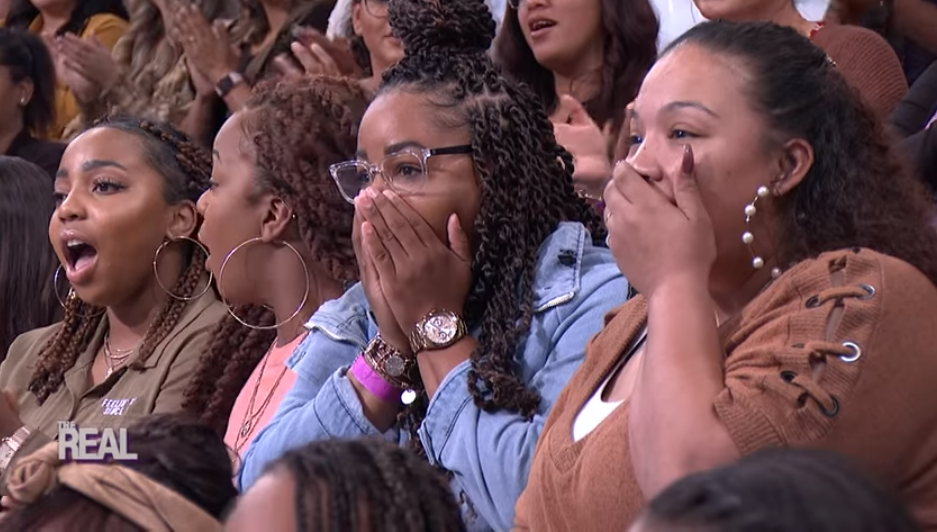 The audience on “The Real” is blown away by Tisha Campbell-Martin’s announcement (Photo: YouTube/The Real)

It was a scene that blew away the entire cast and audience during the latest episode of “The Real.”

“Martin” and House Party actress Tisha Campbell-Martin openly sobbed as she finally met her half-sister, Ellen Lindsey, on “The Real” talk show after searching for her for decades.

Lindsey was brought on the show under the premise that she would finally meet someone from her family after learning in 2018 that she had been adopted. But Lindsey had no idea that her long-lost half-sister was a famous actress she’d been watching on TV for years. 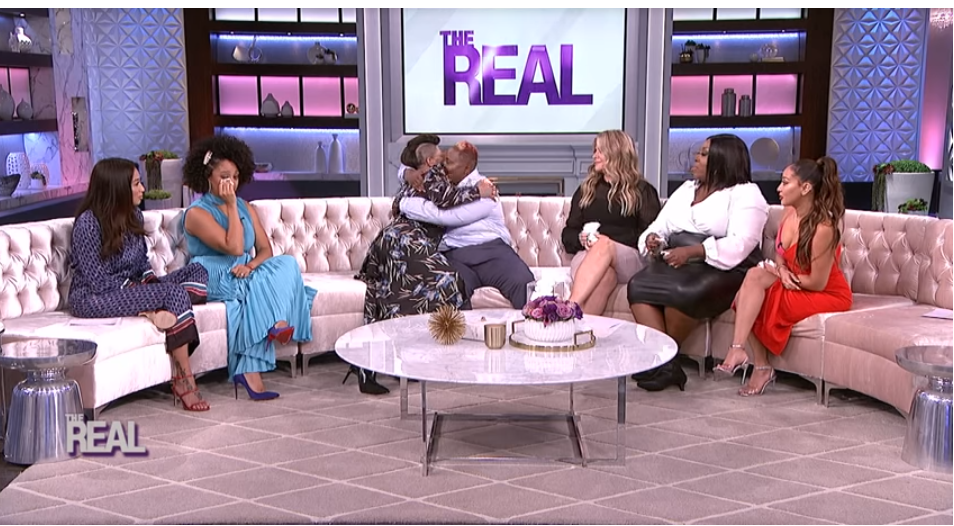 Lindsey, totally unaware that she was sitting next to her blood relative, told Campbell-Martin that she was nervous as they were both looking for relatives they’d never met.

“I’m nervous for you, because if it was my sister, if it was me, I would be like, ‘I hope she ain’t no crackhead,'” Campbell-Martin said to Lindsey.

“Then second, I would be like, ‘I hope she likes me,’” Campbell-Martin said slyly before revealing that she is her relative. “I know what I would tell my sister: I hope you like me. I’m your sister.”

After a pregnant pause induced by momentary shock, the two shared a long, tearful embrace that broke down the entire cast, crew audience members and viewers. Many in the audience audibly registered shock, while others put their hands over the mouths or cried.

Check out this movement moment from “The Real” below: