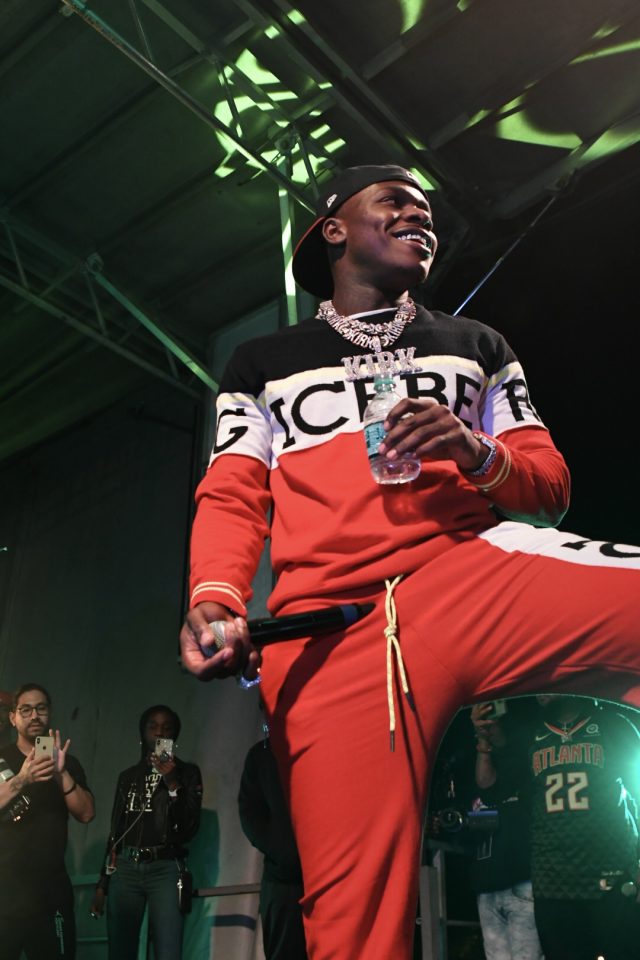 DaBaby and his watch-out crew can be a beast, as several victims who ran on him can attest to.

But the Cleveland-born, North Carolina-bred emcee, who was born Jonathan Lyndale Kirk and now boasts a No. 1 album and skyrocketing name recognition, has a gentle side to him as well.

Dababy, 27, gifted a crying homeless woman $1000. When he posted the video of the encounter for his six million Instagram followers, DaBaby boosted the homeless woman’s burgeoning hat business.

The encounter translated into 4,000 new knit hat orders for Amanda Rose, 23, who’s been living with her son out of a Nissan Maxima.

“It took a lot for me to come here,” Rose tells him in the clip as she shows the singer a handful knitted hats, one featuring brown and orange stripes.

DaBaby was already in good spirits as his debut album, Kirk, debuted at no. 1 on the Billboard 200 charts. After listening to the woman’s struggles, he quickly pulled a wad of bills from his overalls, counts out $1,000 in cash, and hands her the money for the hats. He then tells her to keep the hats and sell them to someone else.

Rose was blown away and couldn’t compose herself as she audibly cried on the video.

“This is my son,” she says as she sniffles and picks up her toddler son.

“We’re sleeping wild, bro. Thank you so much.”

DaBaby then posed for photos with mom and son while flashing his signature grin.

“God is great,” DaBaby could be heard saying.

Check out Dababy generous gesture below: