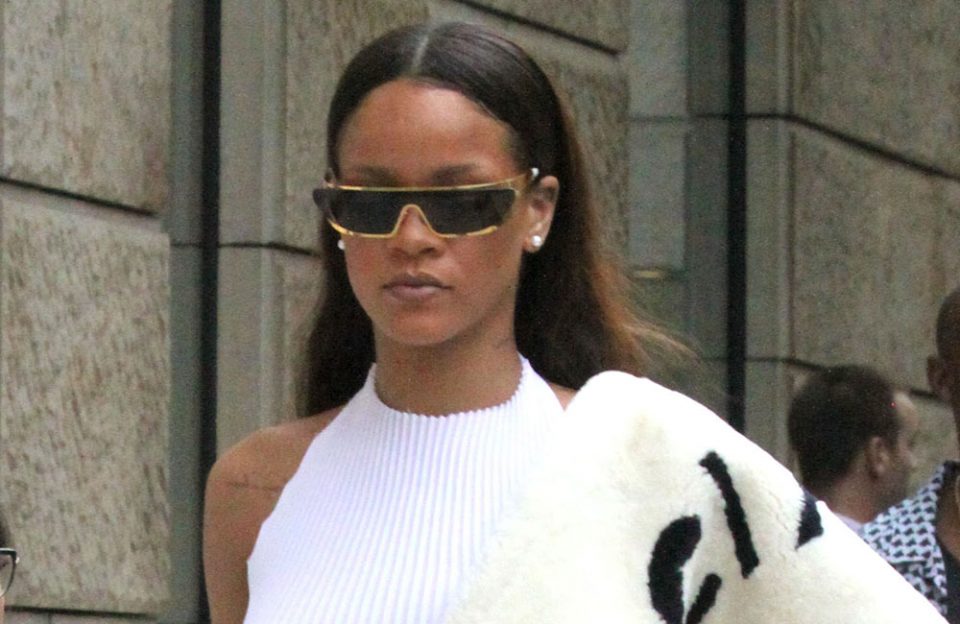 Rihanna gave many of her fans a horrible flashback to her scary beatdown a decade ago when she shared a promotional video for her Fenty Beauty line that featured Chris Brown’s music.

In the video below, you’ll see a collection of lip glosses arranged at the edge of a pool featuring Robyn Fenty, 31, grabbing one of the products and bringing it closer to the camera. She captioned the Instagram post: “Gang Gang. just me and my #GlossyPosse!”

Fans will also notice the tunes of Brown’s “Come Together” track featuring H.E.R. playing in the background, which sparked some angry responses from fans of Bad Girl RiRi.

Listen to the video then check out the avalanche of negative responses from RiRi’s fans:

No one will soon forget the nuclear explosion a decade ago when Chris Brown brutally beat down Rihanna on the eve of the Grammy Awards and left the scene. Brown was universally excoriated and spent years rehabilitating his bad-boy image.

Some fans, especially most from the mainstream culture, have never forgiven Breezy for laying hands on a woman. This is despite the fact that Rihanna has forgiven him as she indicated in an interview with Oprah Winfrey. Rihanna even went so far as to reconcile their relationship, as RiRi and Breezy dated for a short period afterward.

Fans are not nearly as forgiving, even a decade later, as they indicate below. One fan even suggested jokingly that perhaps Rihanna and her crew have been kidnapped and posted the video with Brown’s music as a cry for help or rescue.

I know my ears aren’t hearing that MFer

I KNOW THAT AINT CHRISTOPHER IN THE BACKGROUND

we not retweeting this one pumpkin

girl change the song with Slide by H.E.R.

rihanna has been kidnapped along with her friends in a water place. this is an sos, shes reaching out, this is a cry for help