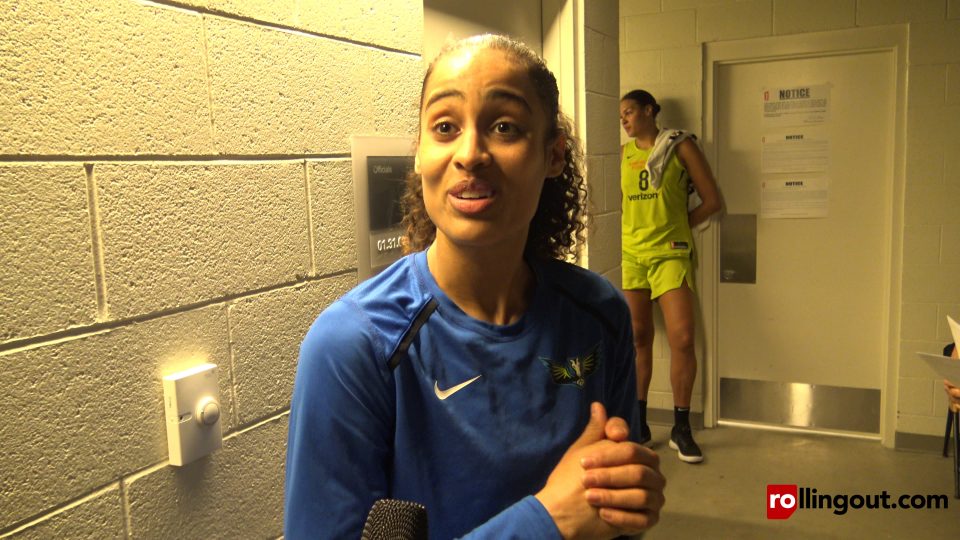 Dallas Wings star Skylar Diggins-Smith speaks to the media in Atlanta on May 26, 2018. (Photo by Rashad Milligan for Steed Media Service)

Skylar Diggins-Smith, one of the marquee players for the WNBA, unloaded on her team and the league after she played pregnant for the entire 2018 season.

Diggins-Smith, the point guard for the Dallas Wings, spat fire on Twitter, saying she is angry for “having no support from [her] own organization.” She says no sympathy was shown her for her post-pregnancy complications that caused her to miss the 2019 season.

Having no support from your own organization is unfortunate

Diggins-Smith, 29, said she made no excuses and excelled while playing pregnant throughout the 2018 season and “didn’t tell a soul.” She averaged 17.9 points and 6.2 assists a game. She even played well enough while pregnant to earn her fourth WNBA All-Star appearance.

I played the ENTIRE season pregnant last year! All star, and led league (top 3-5) in MPG….didn’t tell a soul.

But when Diggins-Smith gave birth in the offseason, she took two months off because she was beset with postpartum depression, a psychological ailment some new mothers experience.