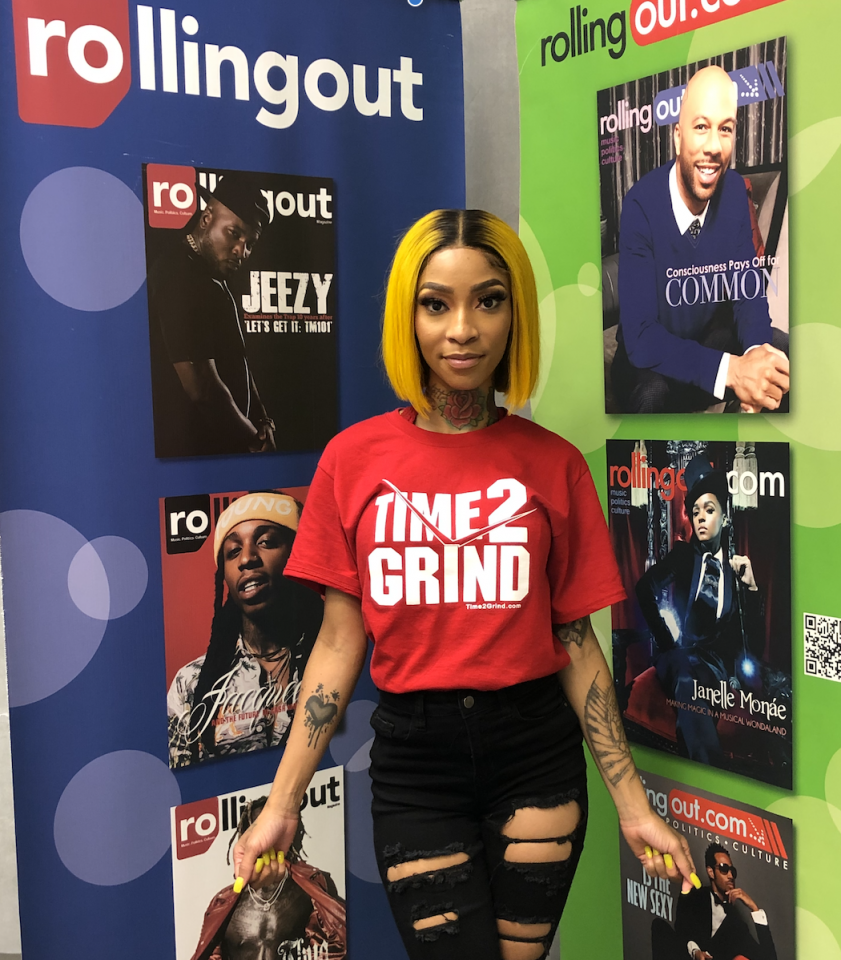 Pretty Yellow is a fiery, lyrical assassin from the small town of Covington, Louisianna. She was the winner of BET’s “The Next Big Thing.” The judging panel was comprised of music industry greats, incuding: A&R and executive Tina Davis, mogul Dame Dash and super-producer, Zaytoven. Late rapper Nipsey Hussle became her mentor during her run on the show. Rolling out spoke with Pretty Yellow about her career and lessons learned from  Nipsey Hussle.

How did you get your start as a rapper?

Somebody actually found me. They hit me like, I have this opportunity for you, I know you’ve been out here like doing your thing by yourself. You wanna try something new? And I thought about it like I don’t really know what this is for me, but it worked out.

What was it like having Nipsey Hussle as a mentor?

[Nipsey Hussle] was my mentor, you know, just being relatable to my people. Like knowing who’s for you. …  I’m not looking for a fan base that’s not for me. So my thing is if it’s for you, let it be known. As far as his energy, it was just on a thousand. [He was] just a … genuine individual. It was dope.

What was that moment like when you heard about his passing?

The crazy part about it was [that] I was sitting in a hospital bed. I had just had my daughter on March 31. He died a couple of minutes before my daughter was born. So I was just tripping like ‘is this real right now?'”

How are you applying some of his teachings to your life and career?

I’m just going to just go on full throttle.  I’m just giving pressure. Every time I pop out, I’m working. I’m letting it be known I’m hungry. I want it … I’m just going at it.

Tell me about working with Zaytoven?

That’s family. We’re actually working on this little project we got in the making. We have a couple of songs and actually two are going to be on my album.

How have your Louisianan roots influenced you as an artist?

I feel like it’s amazing, a dope feeling. I kinda feel like I beat the odds ’cause like coming from my area; nobody really making it out where I come from. It’s a shame to say, but it’s so crazy ’cause we got so much talent in Louisiana. People just don’t, they don’t know the path. They don’t know how to get out. We need more doors open that way.

Is there anything else you have coming up?

I’ve got a fire album.