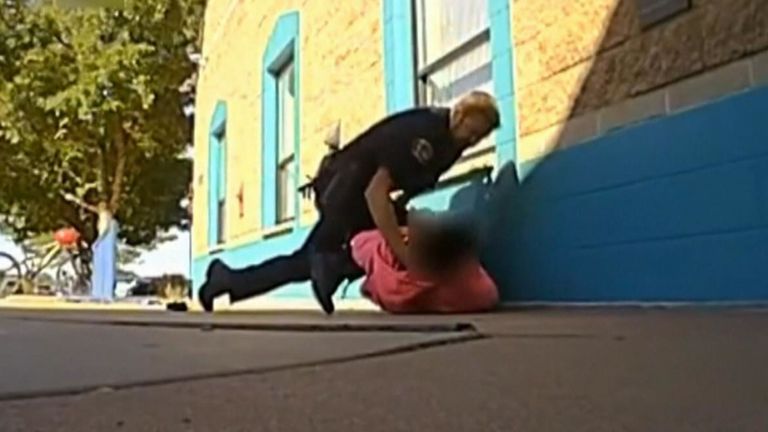 A White police officer assaulted an 11-year-old Black girl over a dispute that involved milk. Bodycam video of the Aug 27, 2019, incident went viral after it was released on YouTube on Oct. 22.

In the video, resource officer Zach Christensen can be seen assaulting the child at Mesa View Middle School in Farmington, New Mexico.

According to The Farmington Daily Times, the girl allegedly took several cartons of milk while in line to get breakfast in the school’s cafeteria. When teachers asked her to put the milk back, she reportedly threw the milk on the ground and walked away.

The child can be heard screaming and crying while saying, “Get off me! Ow! Get off me!”

“We’re at the point of arrest,” Christensen replied.

“I understand that sir, but you’re not going to use excessive force to get this done,” said the intervening officer. Christensen shouted: “We’re not excessive!”