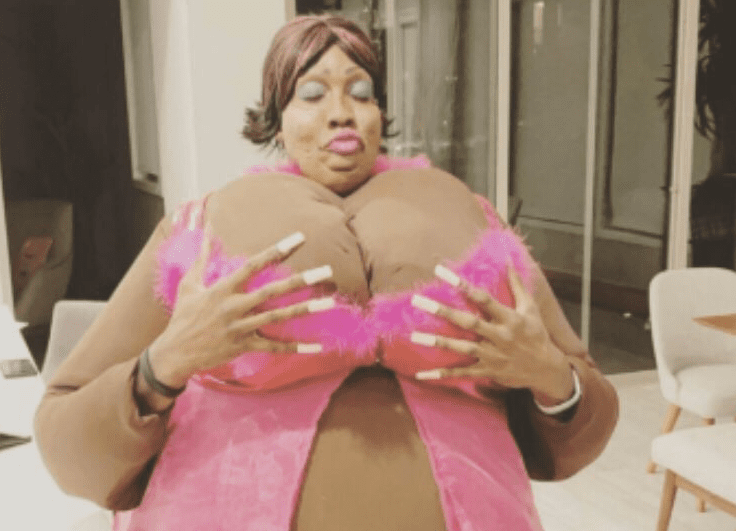 Dwight Howard got a few laughs and took some heat for his Halloween costume.

On Thursday, Oct. 31, 2019, the Lakers center posted a photo of himself on Instagram dressed as Rasputia from the hit movie Norbit.

Howard has dealt with issues surrounding his sexuality in the past, and some on social media used his Halloween costume as a way to spark more rumors.

Some believed that him dressing as Rasputia was further evidence to question his sexuality.

Dwight Howard really played himself with that Halloween costume. 🙌🏿🙌🏿
But I am here for it, dont alter your life for nobody

Out of all the things dwight howard couldve been for halloween, he… nvrm. Okay sis

i really think dwight howard gay on the low 😭💀

However, some found Howard’s costume hilarious and decided to give the former NBA All-Star props for his creativity.

Howard also dressed up as Thanos — the Marvel Comics supervillain — for the Lakers’ Halloween event, which took place in Los Angeles on Oct. 28.