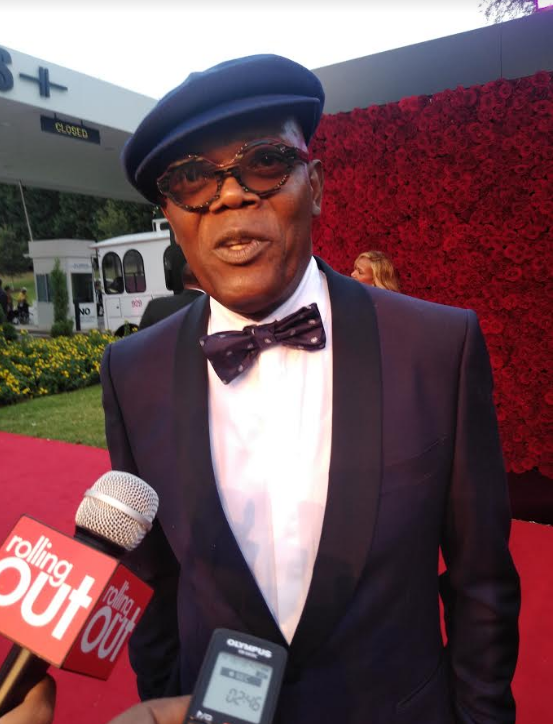 Oscar-winning film director Quentin Tarantino has come under fire for his gratuitous use of the N-word in several of his high profile films, especially the blockbuster classics Pulp Fiction and Django Unchained.

Both critically-acclaimed films starred Samuel L. Jackson, 70, who riddled off the N-word at high rates in the films. That became a major point of contention that temporarily fractured Jackson’s friendship with director Spike Lee.

Lee, by the way, first made Jackson a national star when he hired him to play the crack-addicted brother in Lee’s own classic Jungle Fever in 1991.

Jackson, who got his first (and some say overdue) Oscar nomination in Tarantino’s Pulp Fiction in 1994, then played the treacherous turncoat slave in Django Unchained in 2012. Surprisingly, he defends Tarantino’s usage of the N-Word in an upcoming documentary, QT8: The First Eight, covering the director’s movie career.

“You take ’12 Years a Slave,’ which is supposedly made by an auteur. Steve McQueen is very different than Quentin,” Jackson said of the 56-year-old Tarantino, according to IndieWire.

“When you have a song that says n—– in it 300 times, nobody says s—. So, it’s OK for Steve McQueen to use [the N-word] because he’s artistically attacking the system and the way people think and feel, but Quentin is just doing it to just strike the blackboard with his nails. That’s not true. There’s no dishonesty in anything that [Quentin] writes or how people talk, feel, or speak [in his films].”

Keep in mind that, according to IndieWire, the N-word was uttered nearly 110 times in Django.

Check out a clip from the Quentin Tarantino documentary after the jump. It will be available to stream on Dec. 4: