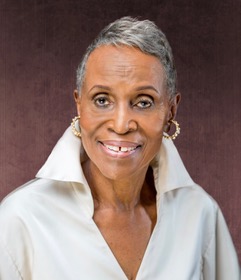 Dorothy Butler Gilliam was the first Black female reporter at The Washington Post. The Memphis, Tennessee, native arrived at The Post in 1961 after graduating with a master’s degree in journalism from Columbia University and worked as a reporter, an editor and a columnist there until she retired in 2003.

During her illustrious career, Gilliam also served from 1993 to 1995 as president of the National Association of Black Journalists and her reporting on civil rights has been featured in documentaries, including Freedom’s Call in 2007 and Hope & Fury: MLK, The Movement and The Media in 2018. She also appeared on television, including PBS, and hosted her own show on BET.

Gilliam chronicles her personal and professional journey in her new book, Trailblazer: A Memoir by the First Black Woman Journalist for The Washington Post. She has been on an extensive book tour since the book was released in January 2019, making stops in several cities, including Chicago, Los Angeles, New York City, Philadelphia and Washington, D.C. The tour arrives to Atlanta on Wednesday, Nov. 13, where she will discuss her work with aspiring young journalists and other college students, faculty and staff members at Clark Atlanta University.

Rolling out recently interviewed Gilliam about her extraordinary career and new book.

The subtitle of my book … is “A Pioneering Journalist’s Fight to Make the Media Look Like America.” It captures my struggles and those of Black and other journalists of color and their allies to integrate mainstream media. When I joined The Washington Post in 1961, all the Black journalists working in White media [comprised] less than 1 percent.