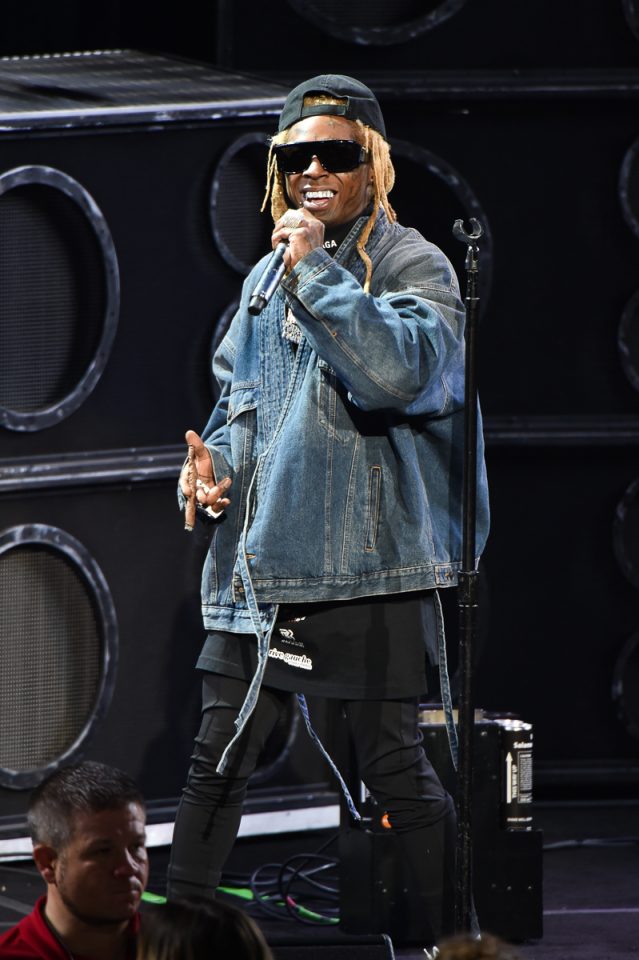 Cannabis connoisseur Lil Wayne is racing along with a slew of other celebrities to get in on the weed ownership game.

Much like renowned weed whiffers Snoop Dogg, Wiz Khalifa, Willie Nelson and Whoopi Goldberg, Lil Wayne is taking advantage of the decriminalization of marijuana to launch his own brand called GKUA, which is set for wide release in Los Angeles dispensaries in 2020.

The “Lollipop” emcee told his 11 million Instagram users: “I used to just want to get high, now I smoke to get inspired. With GKUA, I’m sharing a feeling that I love.”

GKUA boasts products with some of the “highest natural levels of THC available,” which they added is sourced from growers specializing in limited and potent strains.

“The combination of our incredible products, market knowledge and commitment to quality, paired with the unmatched fanbase of Lil Wayne, the ultimate cannabis connoisseur, creates an unprecedented opportunity to create a cannabis brand that values creativity and the artistic pursuit,” said GKUA co-founder and president Beau Golob. “It’s an honor to lead this company along with Lil Wayne, curating a premium line of products that inspired people and feeds their creativity.”

This announcement comes on the heels of Wayne, 37, getting caught up on legal trouble with the Saudi Arabian government. He was attending the Diriyah Music Festival in Ad Diriyah when he apparently found with some of the sweet-smelling contraband on him.

In a now-deleted tweet, the rap star born in New Orleans as Dwayne Michael Carter Jr., swore he is “Never going to Riyadh again.”

But a Saudi official publicly rebuked Wayne and informed him that he knew better than, as rapper Chamillionaire once, to “riding dirty.”

Drugs are not allowed in Saudia Arabia and I am sure that our guys informed you before, and you thought that we are kidding,so shut up and go back to your home .