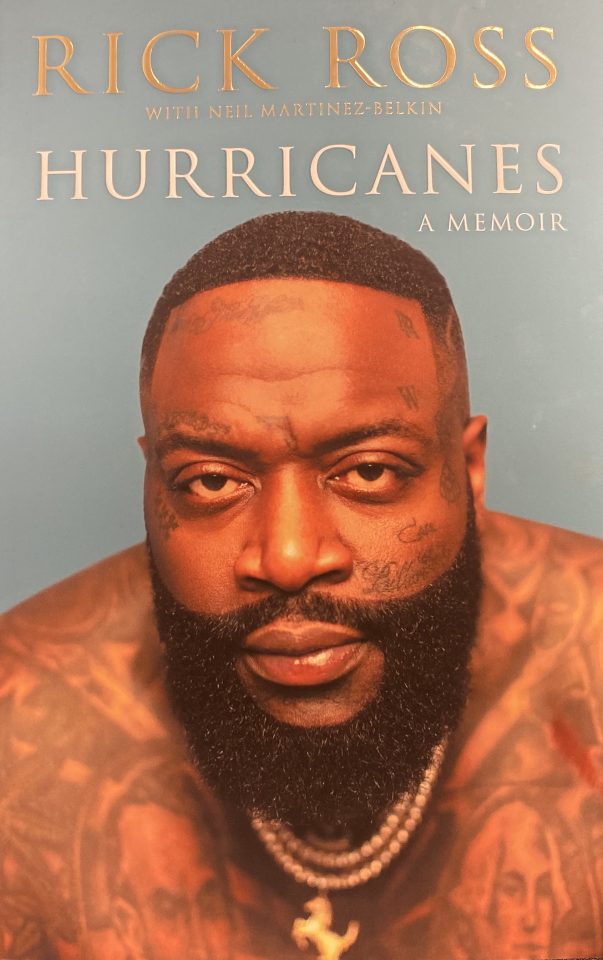 Hurricanes: A Memoir by Rick Ross and Neil Martinez-Belkin

Neil Martinez-Belkin is no stranger to the music industry. The hip-hop community has always had an impact on his life.

Martinez-Belkin went from working as the music editor at one of the top hip-hop magazines, XXL, to writing the life stories of two of the hottest rappers in the music industry — Gucci Mane in 2018 and now Rick Ross.

Rolling out caught up with Belkin to discuss his role in Ross’ book, Hurricanes: A Memoir, which was released earlier this fall.

What inspired you to co-author the book, Hurricanes, with Rick Ross?

I was such a fan of Ross as an artist and of his music. And so, the idea of working with him was very exciting in that regard. As I kind of tried to think, OK, well, Ross’s music is great, but what about this story is compelling? I was really drawn to the idea of writing about [the] ’80s and ’90s in Miami and the historical context that Ross’s story takes place in. … I think the big thing that drew me to the project is it was hard for me to imagine Rick Ross as any other [way] than how I think the general public receives him, as a star, [as if] he came out of the womb fully formed in a Versace robe with diamond sunglasses on.

Describe your experience working with Ross.

I’d say that definitely changed over time … He [Ross] says, you know, “For the first six months that Neil was coming around, I thought he was a federal agent …” I would be with him on the road or in the house, and the guy just wouldn’t talk to me. He refused to talk to me. He was very guarded … I think that when he saw that, “OK, this kid is still sticking around. I’m giving him nothing, but he’s still coming. He’s not giving up.” … That showed him my commitment to the book and how much I cared and that I wasn’t going to give up on this thing, and I think that was a turning point.

Name three things the reader should take away with them from the book.

I think the biggest thing that I think, I hope, people get out of it is that bosses are not born and they are made … [and] how funny of a person Ross is. Like, he’s really one of the funniest people that I’ve ever met in my life, [and] I just think … what a man of honor and integrity he is and what a principled person he is.

I think the big one is establishing trust with celebrities and famous people, in general. I think they’re very used to having people come around that want something from them or want to use them for their own advantage … [and] when you’re working hand-in-hand with creative people, you are working around them. Ross is not going to work around me.