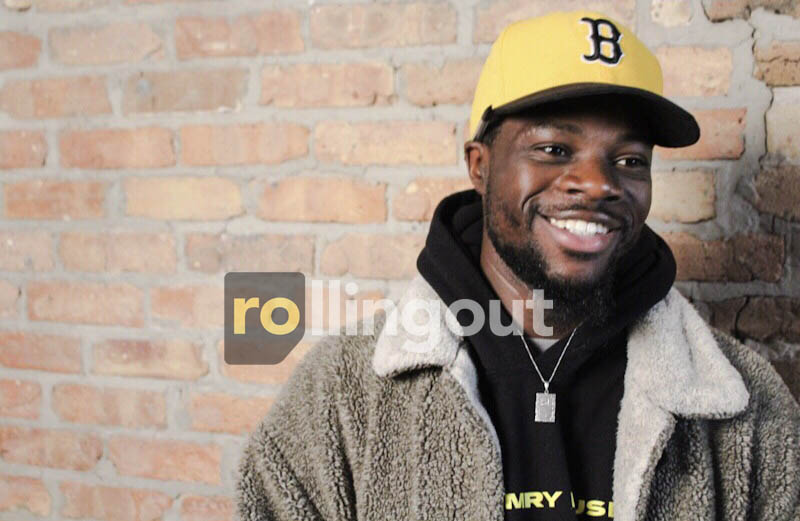 With only four stops to go on his first national tour — one that has garnered rave reviews in Atlanta, New York City, and Charlotte, North Carolina, Chicago-bred rap sensation femdot. has cravings neither Toronto, Detroit nor Cambridge, Massachusetts, can fix.

“I have not been home in a month and I really miss mild sauce,” he says during a phone interview with rolling out hours before he was to perform at The Foundry in Philadelphia. “I am having real withdrawals right now. I was thinking I’d be straight, but I can’t wait till I get home.”

Born Femi Adigun, the first-generation son of Nigerian immigrants, he is most definitely a Chicago kid through and through. His preference is Harold’s Chicken Shack (on West 87th Street right off the Dan Ryan Expressway, to be exact) mild sauce — a common delicacy that can be found at a number of restaurants that offer quick bites of savory fare and a staple for Windy City natives — if we’re being specific.

Possessed of an intellect that would qualify him for any Ivy League school, femdot. made the conscious decision to ultimately attend DePaul University, where he graduated in 2018 with a degree in biological sciences, along with a minor in peace, justice and conflict, a semester ahead of schedule.

To say he pursued both education and a career in hip-hop simultaneously — as unbelievable as it may sound — is categorically true. The course load and the weight of finishing on time are typically more than most students can handle, but femdot. clearly, was not among them.