Justin Lecea retweeted an Obama post reminding people about the deadline to enroll for health insurance under the Affordable Care Act, nicknamed Obamacare. He responded to the tweet with this malevolent response: 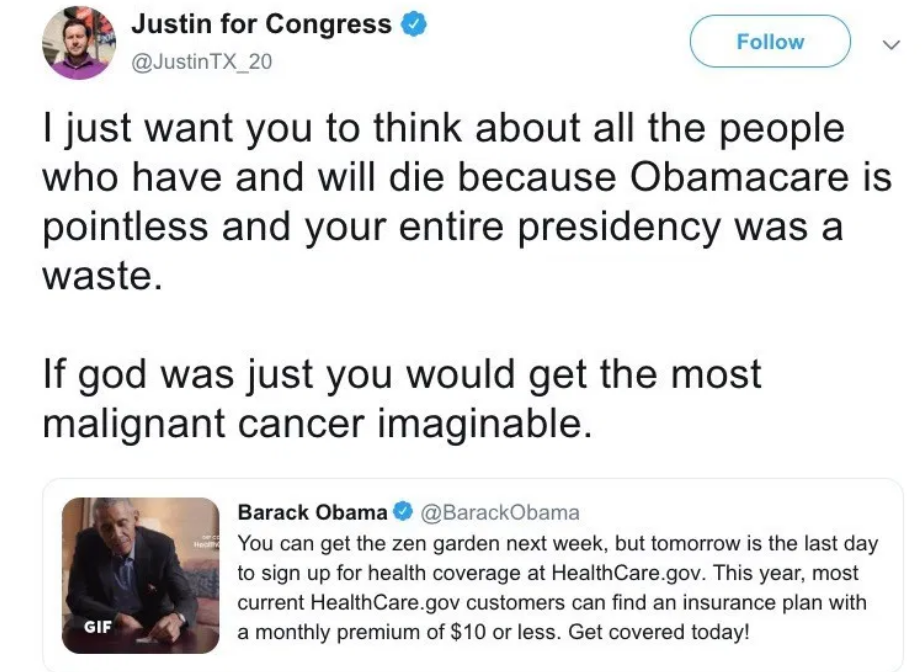 The 34-year-old Lecea calls himself a “Bernie Democrat” and unabashed American socialist, who is running for Texas’s 20th Congressional District in San Antonio.

The tweet was later deleted but not before Obamacare enrollment analyst Charles Gaba was able to screenshot it.

Lecea later doubled down with an even more repellent pronouncement that was later deleted by Twitter for violating the platform’s terms: 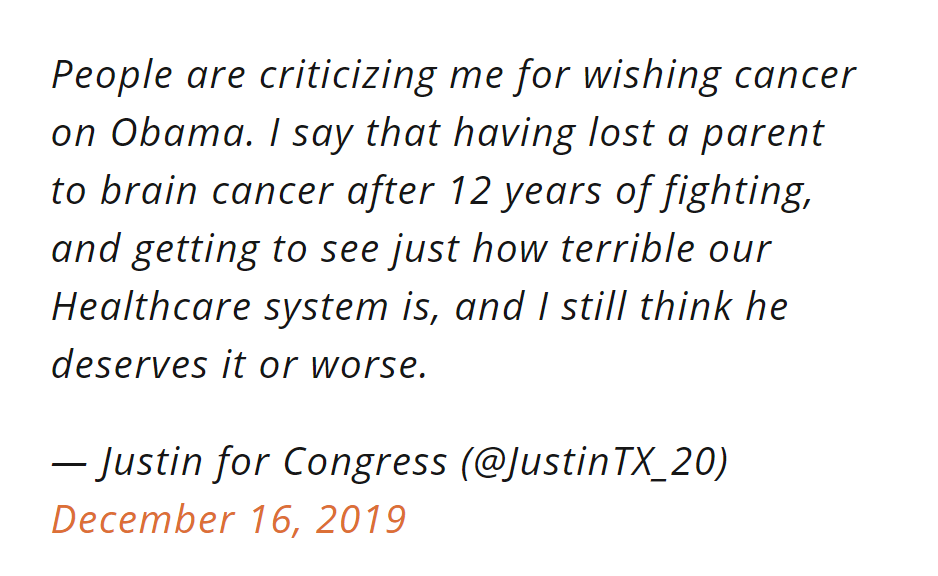 He then said defiantly: “So @ me all you want I said nothing directly threatening.”

It is hard to imagine how he thinks he will be successful when the candidate begins his campaign with such tweets and continues with this odious message: “A war criminal who was in authority during the desperation of over 3 million immigrants, continued the war in Iraq and Afghanistan, allowed the continued poisoning of citizens in places like Flint, and also recently bought an 11 million dollar home in Martha’s Vineyard, and demonstrated privilege so great that he gives zero f—s about y’all.”

The Washington Examiner eventually spoke with Lecea who further denigrated Obama and added Bush and the current White House occupant into the mix with a bizarre rant.

“I would propose a full constitutional convention that is ratified by direct democratic means and I would propose that all the major political party leaders that we have had over the past 20 years stand trial for all the things that they’ve done. Bush, Obama, Pelosi, Trump, all of them. I think they are all morally bankrupt and only work in the service of the corporate oligarchs in this country.”