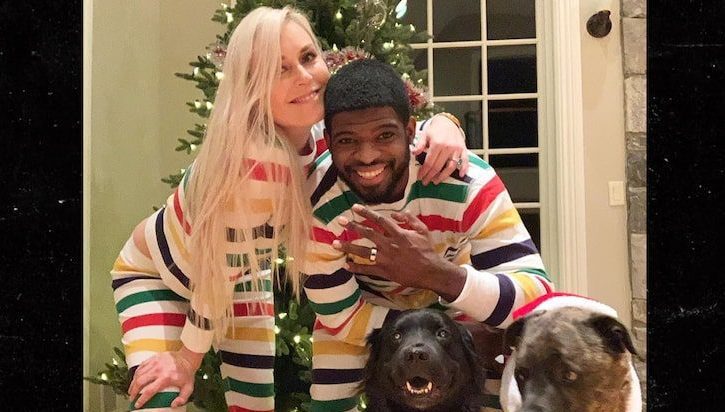 The holiday season is often a time where those in love take a chance at marriage. However, Olympic gold medalist Lindsey Vonn, 35, went viral after she turned the tables and asked her fiancé, P. K. Subban, a 30-year-old star player in the National Hockey League, for his hand in marriage.

The couple first got engaged in August, but Vonn decided to put a ring on Subban’s finger.

“Merry Christmas and happy holidays everyone!” she captioned on her Instagram post. “On our 2-year anniversary, I returned the favor and asked PK to marry me… and he said yes…We talk about equality but actions speak louder than words. Men should get engagement rings too and this is what PK deserves. Can’t wait to marry you babe.”

Vonn created a firestorm on social media on whether women should take the time to propose to men.

We have not dismantled this system of patriarchy enough or at all for it to progressive for women to propose to men. Women proposing leaves man with one less responsibility and one less reason to show he cares about you

Enough of this men have to be the one to propose. Come on women step up and do it if you want it.

Yea, um no. Men propose to women. If a woman has to propose to a man it means the man was never ready for commitment.

This is clearly not the world I live in; where women propose to men. Geez.😕 It’s so fake and unromantic. I wonder how many women out there would like it that way? Real men chase the women under normal circumstances. But women are free to be in guys faces, to build interest.