There have been heated debates all season long among sports fans and pundits about whether LeBron James’ reign over the NBA has come to an end — and if his arch rival Kawhi Leonard is the one who ended it.

Many people believe Leonard dethroned King James as the game’s best player after nearly single-handedly delivering the Toronto Raptors their first NBA championship back in June. After Leonard got traded to the Los Angeles Clippers — who play in the same Staples Center arena as James’ Lakers — Leonard has soundly outperformed James in both head-to-head meetings. The Clippers also won both contests over the Lakers with the latest conquest coming on Christmas Day.

James’ subpar performances in these important games have incited chatter that James’ status as the game’s best player, which has lasted about a decade, is definitely over. No criticism, however, was more explosive than the trainer of LBJ’s own teammate, Kyle Kuzma, who ripped into James on social media. 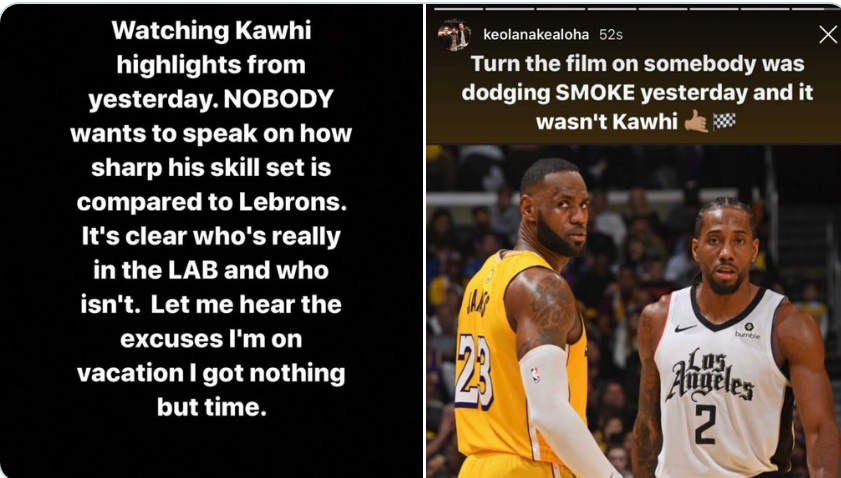 After the trainer’s stinging words raced across the internet like a rocket, James was forced to answer the questions about his teammate, Kuzma, and the trainer, especially since Kuzma responded to the Instagram shade with “call a spade a spade.” James’ response caused all types of Twitter hilarity:

Kuzma has been put in a precarious position due to his trainer’s thoughts going viral on social media. He had to explain himself to sports reporter Tania Ganguli.

Kuzma’s explanation failed miserably to douse the flames that are now shooting throughout the Lakers’ locker room and the sports world, and it remains to be seen if Kuzma will get burnt by the inferno his trainer ignited.

Twitter, meanwhile, is having fun at LeBron’s and Kuzma’s expense.

If you're Kuzma's trainer
And you know Kuzma plays with Lebron, and you know he sees him everyday, and you know what they're trying to do, and you know about the whole Clippers Rivalry
Why even put Kuz in a weird position by blasting that story on IG
What does it accomplish https://t.co/UOfsxL0Rj8